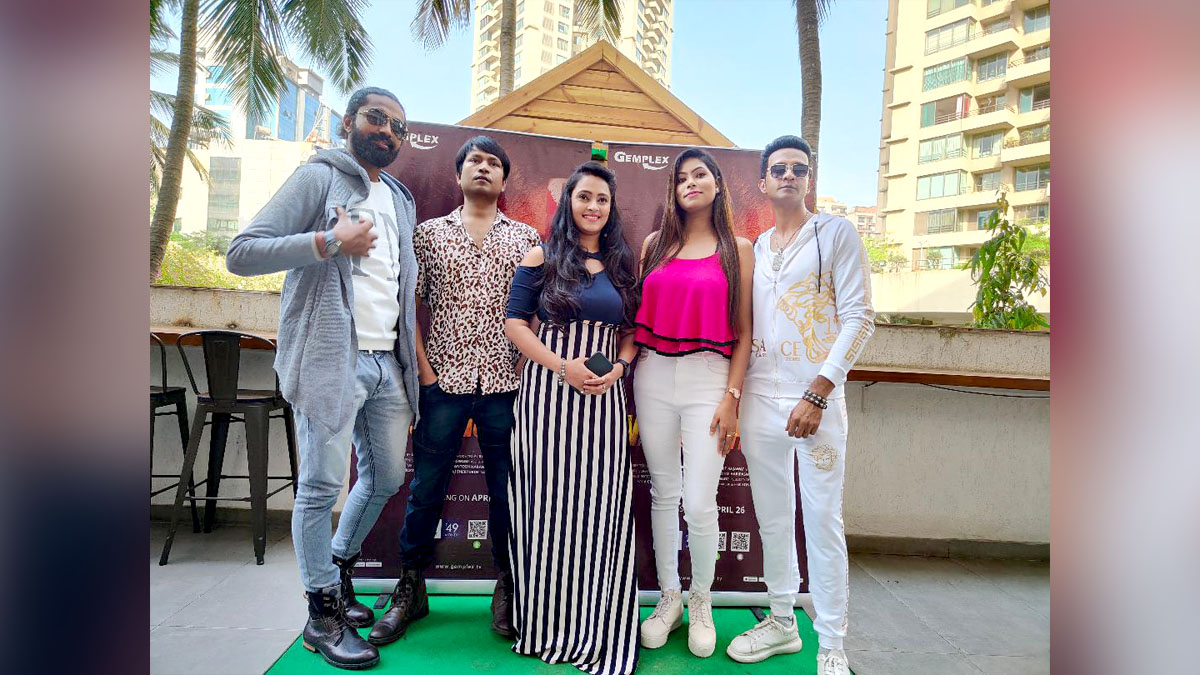 Mumbai : Nisachar Gemplex, a web series that showcases the nightlife of the big cities with great suspense and thrill, is successfully streaming on OTT. The web series is getting a great response from the audience, due to which all the actors including its lead actor Rohit Rajawat are very excited.During a press conference in Mumbai, Rohit Rajawat said that nocturnal are called those who move in the night. This film also revolves around some such characters roaming in the night. I have a very interesting character in the series, does not talk much to anyone, and surprises the audience. This web series of ours is based on an incident that happened in the middle of the night.

I had a lot of fun, felt comfortable working on OTT. It has been released on Gemplex, which is being liked by a lot of people. I am getting very good messages regarding the web series and my character.After doing a lot of work on the small screen, Rohit Rajawat has made a strong foray into the digital world with Nocturnal. Rohit has worked hard for this role and to make his character relatable, he has reduced his weight by 8 kg. The character of Bachru and his look in the web series is being discussed a lot.This web series has been directed by noted TV director Dharmendra Kumar, who has experience of working in Mayanagari for almost a decade.Priyanka Sachan Sharma said that I am playing the character of Chhavi. My character is very similar to real life. In real life, I am very supportive of friends, the same character is mine.

Sonali Rathod said that she is playing the role of an independent girl who expects loyalty from her partner as well. When he finds out about the infidelity, revenge comesDivya Kumar told that he is from Lucknow. In the web series, Kabir is playing an important role. Kabir likes to party. Moves around a lot with friends’ money but gets stuck once.This web series has been written by Ajit Goswami, who also played an important role in the film. In the press conference, writer actor Ajit Goswami told that it is a psychological thriller.This web series is inspired by the American film “Taxi Driver”. It is also inspired by a true incident that happened with a taxi driver in Delhi.This is a New Age suspense drama in Indian cinema. Rohit’s character in the series is such that some viewers will feel that he is a hero, some may feel that he is a villain. There is both a hero villain inside a human being, the series exposes the human aspects.Rohit Rajawat said in response to a question that it is a very challenging character and he enjoys playing such a character.

IANS Review: ‘The Bad Guys’: Fun-filled and crazy despite being…