6 Bollywood actors who not only created magic on celluloid but also on the canvas. Here’s the list 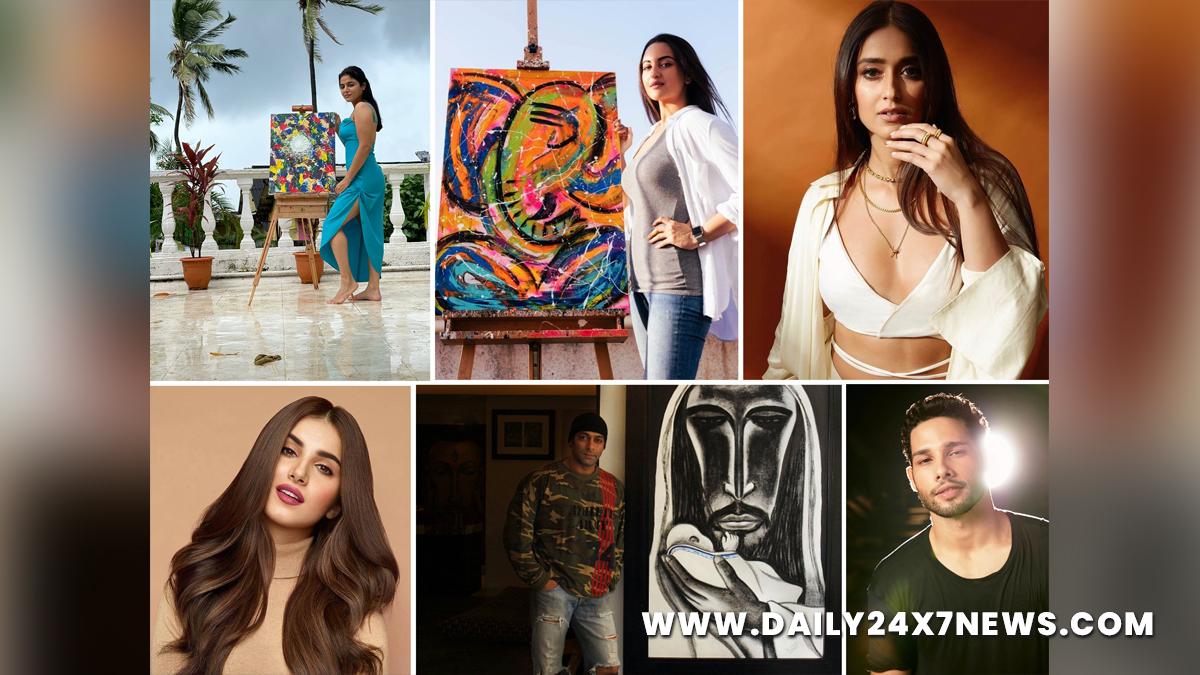 Mumbai : The cinematic canvas of Bollywood is not only a medium; it is a sense of belonging; as much as it is for the actors as it is for their audiences. There is another canvas though; one that allows our busy actors to rejuvenate themselves. We are talking about the canvas of sketches and colors. It is the passion for painting that many of our actors have revealed to us over time. This side of their talent, given their busy schedules, doesn’t allow for too much indulgence but when it does, just like in their films, the actors give it their all here too.

First in line is the beautiful Wamiqa Gabbi. Not many know that the effervescent actor is a wonderful painter too. She is totally self-taught. She hopes she can find the time to learn the art professionally someday but until then there is no stopping her from indulging in colors and paintbrushes. A lesser-known fact about the actor is that she always carries a set of sketch pencils in her bag. Her biggest realization that this is something she is actually good at came on the sets of her film Godha when, out of the blue, she sketched a picture of her father. The outcome was brilliant and she gifted it as a token of her love and appreciation for him on Father’s Day. Painting is a meditative process for her, one that she constantly looks forward to.

Next in line is mass queen, Sonakshi Sinha. Her love for exploring faces has gotten her to explore her passion for sketching time and again. Every face tells a story and through her art, Sonakshi is creating visual stories. The beauty of each one of her creations is that she hopes no two stories are the same, that each person viewing her work will perceive her art differently. That’s the liberty of art, she believes. What’s more, she has turned her passion into a passion with a purpose. She has auctioned some of her artwork to raise funds for daily wage earners as well. Here’s hoping to see more of Sonakshi’s portraits.

Ileana is an ace actor, a fashion icon, and a painter too. The first time she revealed the inner Picasso in her, she did it a little differently than what the norm might be. She tweaked her audience’s attention by sharing a small poem that served as the prelude to her artwork and then went on to reveal the actual painting. She captioned her work, ”heartbeats and feels. With a glimmer of hope. She sure did raise the heartbeats of many with her work. The audience loved it and it went on to become an instant hit on Instagram.

Millennial heartthrob, Siddhant Chaturvedi is another name on this list. Taking to his Instagram, he recently shared a picture of himself, a palette in hand, painting a serene image on the canvas. No sooner did the post hit his gram, double taps began to pour in for the actor. A fan went to the extent of calling him Leonardo Da Vinci, the popular Italian painter.

For some of our beloved stars, sketching is also a seasonal hobby. Take for example the case of the sultry Tara Sutaria. Monsoon is that time of the year when Tara loves to indulge in her love for charcoal painting. The first time she revealed her talent on Instagram, it took many of us by surprise; surprise because the sheer finesse of the artwork didn’t seem amateur at all. It looked like the work of a thorough professional. That’s what the comments on her post read. We hope Tara continues to surprise us with many more.

Last but not the least, no filmy list is fully complete without the mention of King Midas of Bollywood, Salman Khan. The uber-cool actor makes everything look so damn easy. Be it his action sequences or his workout regimes, there is always ease with which he does things. The same goes for his love for sketching and painting as well. More than once cameras have caught the actor bringing a painting to life effortlessly. If rumors are to be believed, the actor has a huge collection of his artwork in his Panvel bungalow. Just like his films, there is an ardent fan base for his paintings too which are sold for lakhs and crores. All the amount fetched from the auctions goes into the funds of his NGO “Being Human”