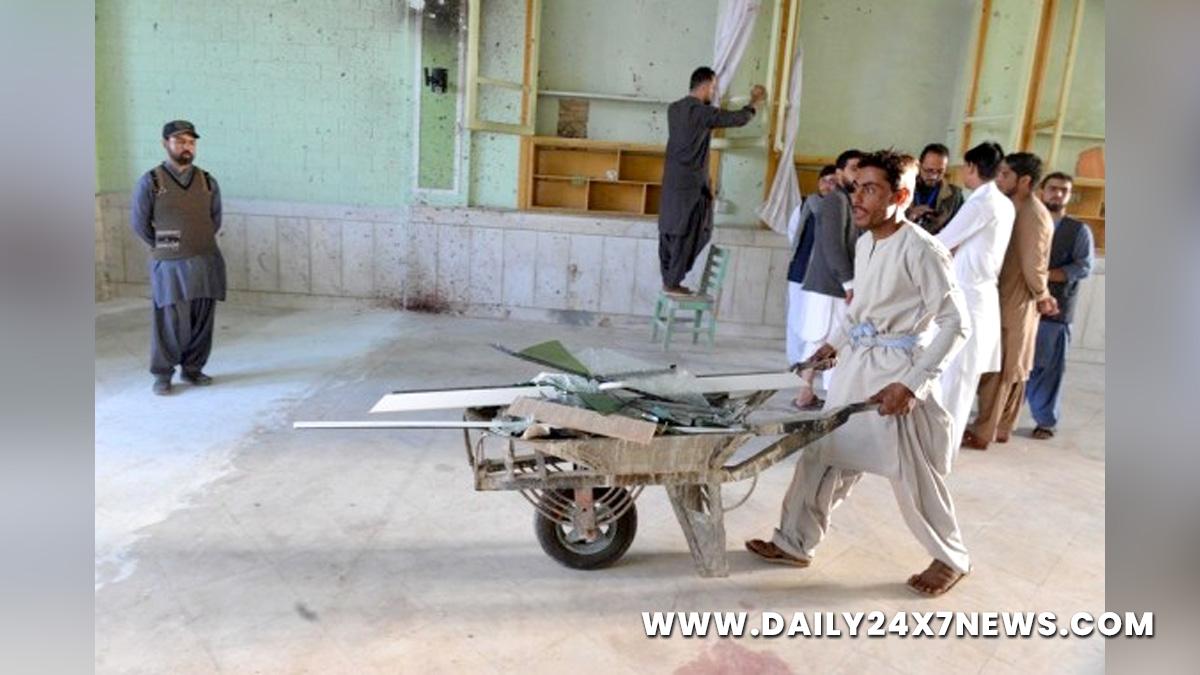 Kabul : The Islamic State (IS) terror group on Saturday claimed responsibility for the bombings inside a mosque in Afghanistan’s Kandahar city, which claimed the lives of 47 persons and injured 90 others, a local official has confirmed.The official from Kandahar’s Cultural and Information Directorate confirmed the updated death toll to Xinhua news agency.In a statement, the IS claimed responsibility and said that two assailants were involved in the deadly attacks which took place on Friday inside the Bibi Fatima Shia mosque in police district one (PD1) when hundreds of worshippers were offering prayers.Witnesses told TOLO News that three back-to-back explosions hit the mosque, one of the biggest in Kandahar city.The Taliban government has condemned the attack.Zabihullah Mujahid, deputy minister for the Ministry of Information and Culture, called it a “major crime”.

While I lost the hope to recover Dr. Sharda…

The UN Assistance Mission for Afghanistan said that those behind the incident should be brought to justice.Friday’s attack came exactly after a week when another Shia mosque in Kunduz city was hit by a suicide bombing which claimed the lives of at least 50 people.The IS-K, a local branch of the IS, had claimed responsibility for the attack, which was the deadliest since the US forces left Afghanistan at the end of August.Following the Taliban takeover, the security situation in Afghanistan has remained calm yet uncertain.A series of bombings were launched by the IS affiliated militants in recent weeks.On Thursday, a Taliban district police chief was killed and 11 people were wounded when a vehicle came under attack in Kunar province.

Rana Daggubati’s next film will be a supernatural thriller

While I lost the hope to recover Dr. Sharda Ayurvedic Psoriasis treatment was a…