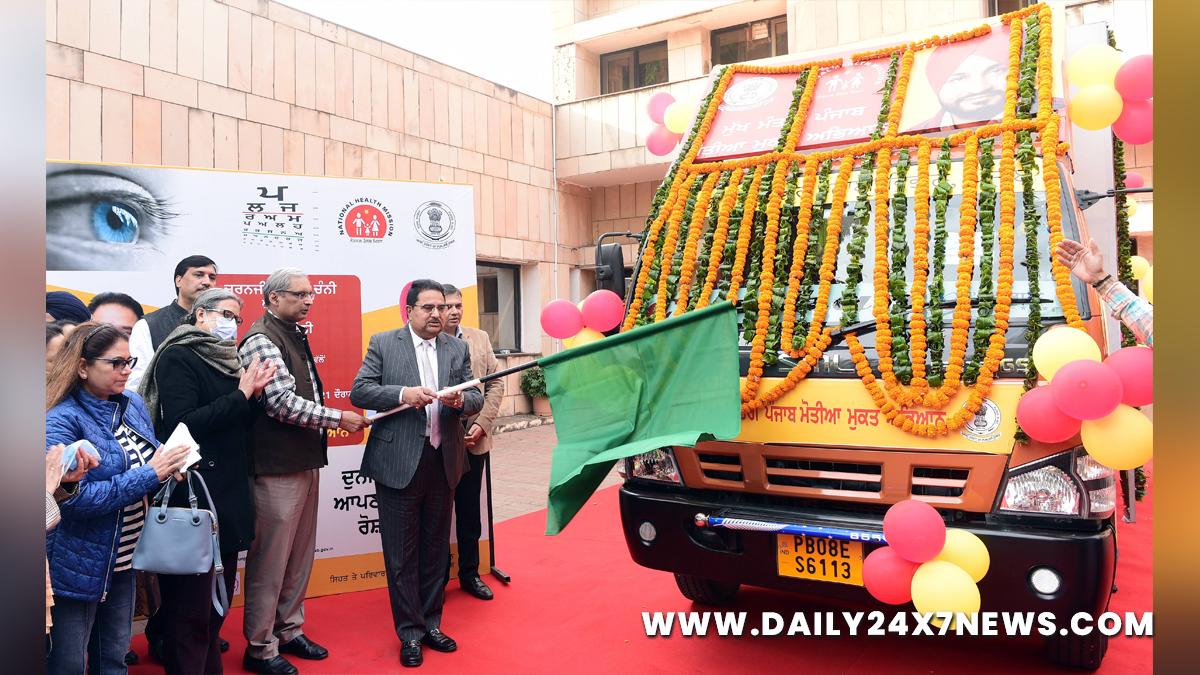 Chandigarh: Deputy Chief MInister O.P. Soni who also holds the charge of Health and Family Welfare Ministry, flagged off eleven Awareness Vans for the Cataract Free Campaign on 30-11-2021 at Punjab Bhawan Chandigarh. This campaign is in line with the government’s latest public welfare measures aimed at eradication of disease of Cataract from Punjab.Divulging more details regarding this campaign Mr. O.P. Soni stated that a total of 518 Eye Camps are being organised at sub division level in all districts of Punjab from 26 November to 31 December.In these camps people will be screened for cataract and who are found to be affected will be provided free facilities such as eye surgery within 15 days of identification, spectacles, Food arrangements, Transport facilities, medicine and lab tests etc.

The Punjab Government is committed to rid the people of Cataract. In this regard paramedical staff at village level and Asha will conduct a survey and identify the cataract patients and will refer them to these camps so that the people can benefit from this campaign.It is pertinent to mention here that awareness Vans flagged off today will create awareness among the general public during this campaign. These awareness vans will move from village to village for the next one month to create awareness about this campaign, so that more and more people can be treated for cataract. The details of the campaign are being continuously advertised in newspapers as well as on the radio. Social media campaigns are also being conducted. NGOs as well as Private Practitioners are also participating in this campaign for its success.Mr. Soni appealed to the general public to participate extensively in these camps so that more and more number of people affected with cataract can be identified and treated.On this occasion Secretary Health Vikas Garg, Mr. Kumar Rahul MD NHM, Mr. Bhupinder Singh MD PHSC, Director Health and Family Welfare Dr. Andesh, Deputy Director Nisha Sahi, Program Officer Dr. Dr. Niti Singla, Program Officer Dr. Inderdeep Kaur and State Mass Media Officer Parminder Singh were present.

Further streamline process to give jobs on compassionate grounds in expedite manner: Pargat Singh to officers