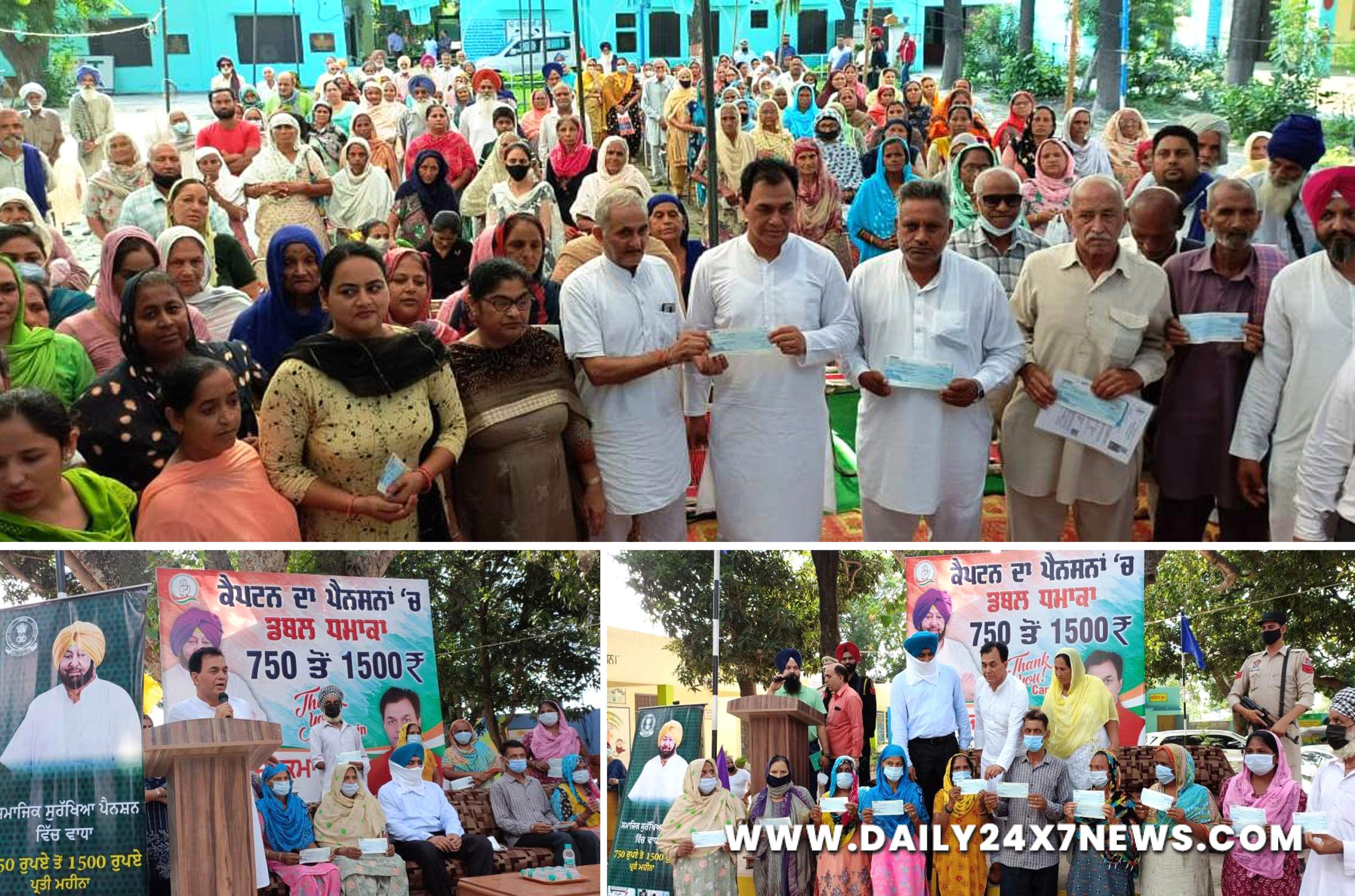 Hoshiarpur : Handing over cheques of increased pension amount to the beneficiaries in Chabbewal, Bassi Kalan, Kot Fatuhi and Behibalpur today, MLA Dr Raj Kumar said that Punjab Government had fulfilled one of the another major promises by doubling the amount of Rs. 750 to Rs. 1500 as monthly pension, which was only Rs. 500 during the previous alliance Government.Dr Chabbewal said that Captain Amarinder Singh led Government  when took over in 2017, he hiked the pension from Rs 500 to Rs 750 which had now been further enhanced to Rs 1500 per month.

He said that Punjab had around 27 lakh beneficiaries including old-aged persons, widows, dependent children, and  specially-abled persons, who would receive the said amount as the State would set aside Rs. 4800 crore annually for this purpose. He called it a historic step for the welfare of the poor and underprivileged section of the society besides increasing amount to Rs. 51,000 under Aashirwad Scheme, which was earlier Rs. 21,000 being given at the time of marriage of girls belonging to needy families. Prominent among present on the occasion included Bassi Kalan Sarpanch Vidya Devi, Kot Fatuhi Sarpanch Gurmail Singh, Behbalpur Sarpanch Surjeet Singh, Saidopatti panchayat head Ram Kishan, CDPO Ranjeet Kaur, Supervisor Arshdeep Kaur, Raj Rani and others.

Five free Gatka training centres to be set up in Chandigarh

Sports are fundamental for shaping up every individual’s personality : Gurkirat Singh…