Seize 10 mobiles, one digital camera, one lcd and gold jewellery 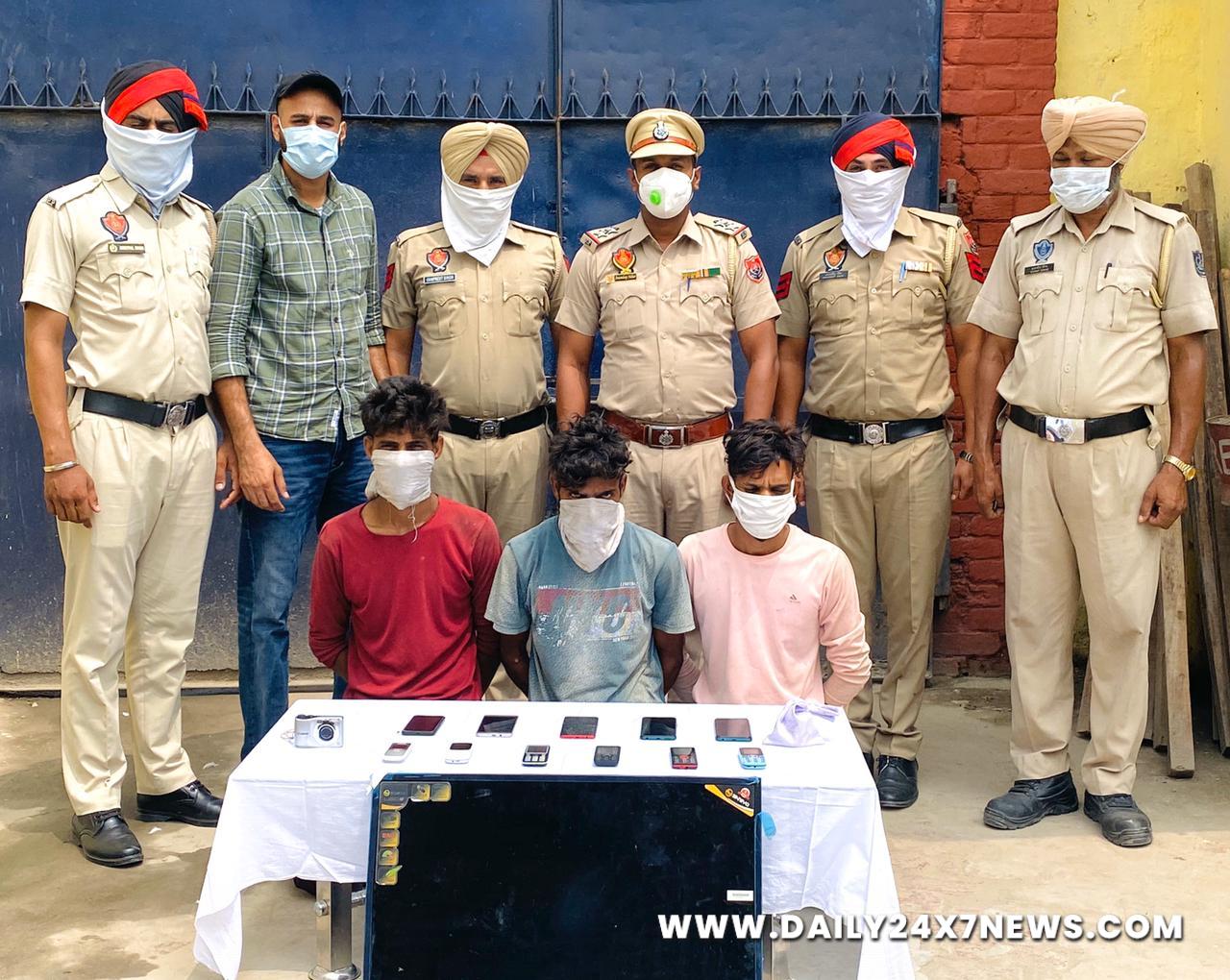 He added that acting swiftly under the supervision of Deputy Superintendent of Police Sultanpur Lodhi Sarwan Singh Bal and SHO fattudinga SI Amandeep Singh Nahar , different police teams were formed and moved to arrest the criminals.He said that police teams immediately cordoned off the area and found that three of the gang members were gathered in a pit and the criminals tried to flee from there after spotting the police, but the alerted teams overpowered them.HPS Khakh said that cases under relevant sections of Indian Penal Code have been registered against them in police station Fattu Dhinga.He added that police would produce them before the magistrate and would seek remand to complete further investigation and arrest the remaining members of the gang.Giving details of the past records of the criminals, the SSP said that these criminals are habitual offenders.