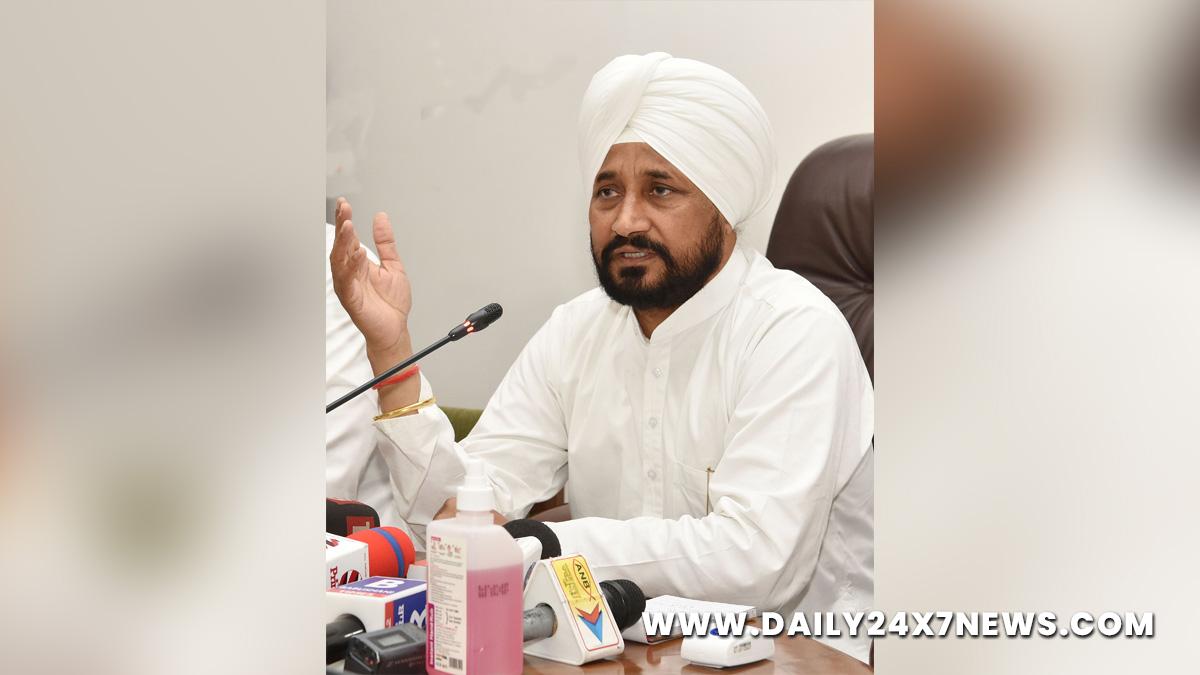 Chandigarh : Assuring the farmers of cotton growing belt in Southern Punjab of every possible help in mitigating their woes, the Punjab Chief Minister Charanjit Singh Channi asked the Deputy Commissioners of cotton affected districts to send the complete reports positively by October 29 so as to disburse compensation to them at the earliest.Pointing out further, the Chief Minister also asked the cotton growers to be rest assured as the State Government is fully committed to stand by them at this critical juncture.Exhorting the cotton growers, whose crop has been perished in the bollworm attack not to be misled by the false propaganda unleashed by the opposition parties with an obvious malicious intent in this regard, Channi said that the State Government has the interests of farmers at its heart and protecting them is an article of faith with the government. “I accompanied by Deputy Chief Minister Sukhjinder Singh Randhawa visited the affected villages of Nasibpura and Kataar Singh Wala, immediately after taking over the responsibility of state in order to express solidarity with the distressed farmers in these trying circumstances”, remarked Channi.

From Sidhu’s turf to Patiala’s…

Meanwhile, Financial Commissioner Revenue VK Janjua apprised the Chief Minister that the assessment of loss to the Cotton crop is already under way and due compensation would be distributed shortly to the affected farmers. He said after receiving rough estimates of the loss and preliminary reports, special girdawari to assess the exact loss to cotton crop has already been ordered in five districts where loss to cotton crop was reported by the concerned Deputy Commissioners.According to FCR, special and strict instructions have also been issued to the Deputy Commissioners to verify the girdawari reports and after due verification by the field revenue officers, reports are to be sent to the government under the certificate of concerned Deputy Commissioner in the prescribed performa.On the Chief Minister’s direction, the FCR on Friday reviewed the progress of the verification process with all concerned Deputy Commissioners of five districts through video conferencing and directed them to send complete reports by 29th October, 2021.Notably, preliminary reports were received from the districts of Mansa, Bathinda, Sri Muktsar Sahib, Barnala and Sangrur. After receiving the comprehensive reports the matter will be placed before the State Executive Committee for this purpose under the Chairmanship of Chief Secretary and compensation will be released to the affected farmers as per prescribed norms at the earliest.

From Sidhu’s turf to Patiala’s ‘royal’ bastion to…