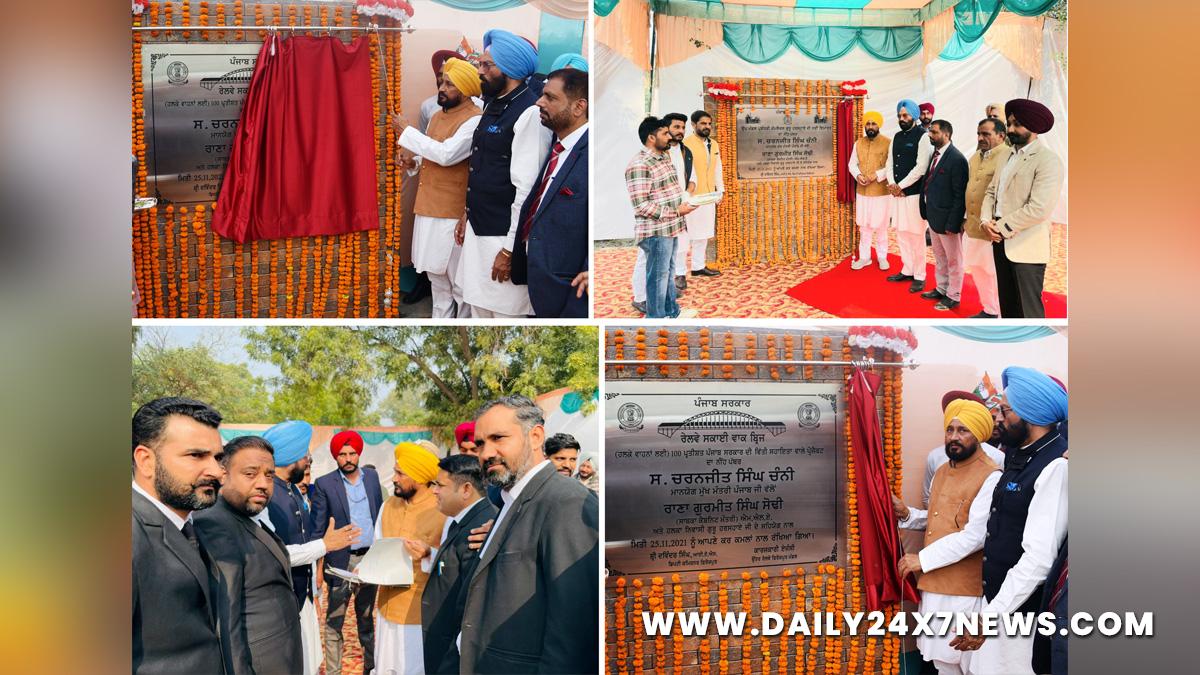 Guruharsahai (Ferozepur) : Punjab Chief Minister Charanjit Singh Channi on Thursday fulfilled the long pending demand of the people of Guruharsahai constituency and announced to accord the status of a Sub-Tehsil to Panje ke Utaar.Addressing here a public rally, the Chief Minister also announced to open an ITI to impart technical training to the youth of Guruharsahai constituency as per the demands of industrial sector. He also laid the foundation stone of a new building of Sub Division, Guruharsahai at a cost of Rs. 6 crore besides announcing Rs.10 crore for overall development of the Guruharsahai Assembly segment.Speaking on this occasion, CM Channi further said that the Punjab Government will take up the issue related to cancellation of registries of land of border farmers with the Government of India. “A special girdawari has been ordered by the State Government and accordingly the farmers would get compensation for the damaged crops”, said CM Channi.

On this occasion, the Chief Minister also inaugurated the Sky Walk Bridge constructed on the railway line at a cost of Rs. 6 crore which would be extremely beneficial to the people of the city.In his public address at the residence of MLA Guruharshahi Rana Gurmeet Singh Sodhi, the Chief Minister said that the landmark decisions like reduction in the bills of electricity, water bills, diesel and petrol have benefitted every section of the society in the state. He further described education and health as core sectors of his government.Earlier on his arrival here, former Cabinet Minister, Rana Gurmeet Singh Sodhi welcomed the Chief Minister and apprised him of the local demands of the area.On this occasion Deputy Commissioner Ferozepur Davinder Singh, Deputy Commissioner Fazilka Babita Kaler, SSP Ferozepur Harman Deep Singh Hans, SSP Fazilka Harmanbir Singh Gill, State Information Commissioner Hira Sodhi were also present.