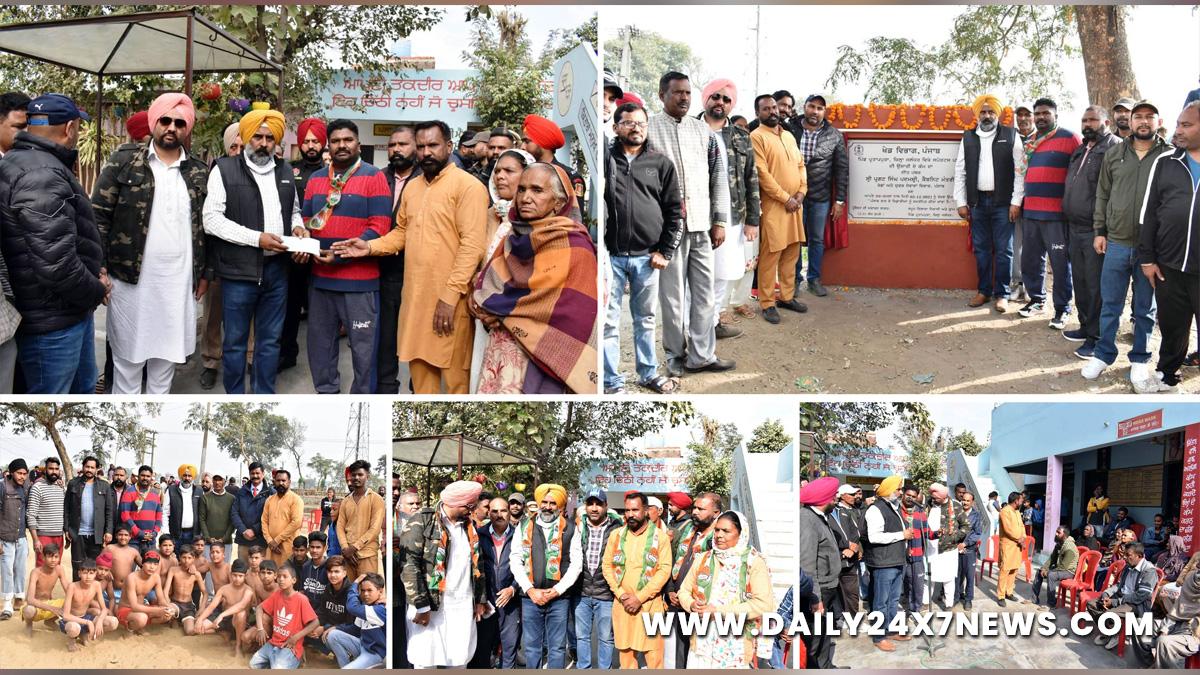 Jalandhar : Punjab Education Minister Pargat Singh today assailed the Akalis as real traitors of the state who have done irreparable damage to the state.The Minister was addressing the gathering after welcoming the Akali Panchayat of village Partappura in Congress fold where Sarpanch Kiran, Panch Hardial Singh Dala, Ranjit Singh, Jassi, Balbir kaur, Santokh Singh, Jugraj Singh along with their supporters today joined congress in the presence of cabinet minister.The Minister said that Akalis have committed numerous sins against the state and its people as Punjabis will never forgive them. He said that Badal family had ruthlessly plundered the state adding that Badals will have to pay for their sins against the state and its people. Mr Pargat Singh said that Badals had a hand in every misdeed against Punjab.

The Minister asserted that cable mafia, drug mafia, sand mafia, transport mafia and others, all flourished under the misrule of Badals adding that this mafia looted the wealth of Punjab. He said that the patronage of Badals to all these mafias ruined the state but now they have to pay back for their sins as people are waiting for 2022 polls to teach them a lesson. Mr Pargat Singh said that the sins of Badals are unpardonable and they will be made accountable for their misdeeds.Meanwhile, the minister laid foundation stone of sports park in the village at an outlay of Rs. 32 lakh besides handing over a cheque worth Rs. 11 lakh to Panchayat for development works. He also assured sufficient funds to Panchayat to accomplish all the projects within stipulated time frame. The minister further announced announced commencement of commerce stream at government school here from the next academic session.