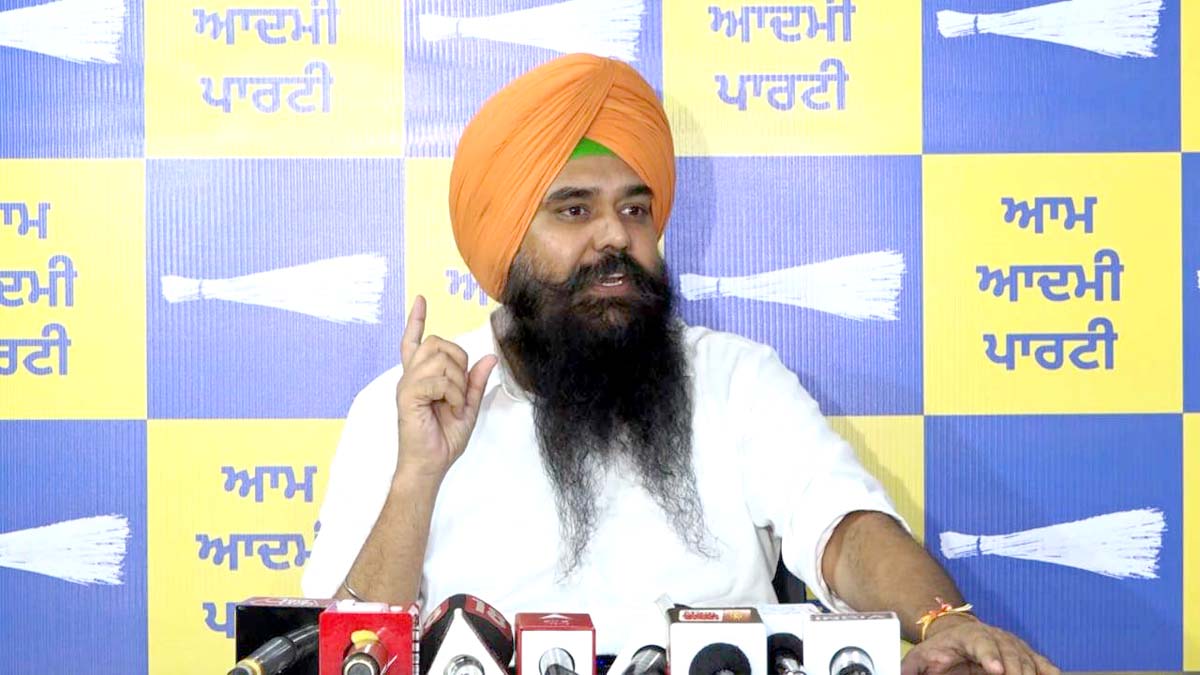 Chandigarh : Aam Aadmi Party (AAP) on Tuesday said that AAP is a pro-farmers and pro-people party while BJP has been exploiting the farmers in their ruling states across the country.Addressing a press conference here, AAP’s Chief Spokesperson Malvinder Singh Kang said that the Bhagwant Mann government has taken another decision for the welfare of farmers, by hiking the purchase price of sugarcane by Rs 20 per quintal.

Now, sugarcane farmers will get Rs. 380 per quintal against the existing price of Rs.360 per quintal. The AAP government will spend additional Rs. 200 crore annually with this decision to benefit the farmers.

“This is difference between Arvind Kejriwal’s model of governance against BJP’s Gujarat model. We are working for the welfare of farmers and every other section of the society while BJP is only befooling the people with their false claims,” Kang said.

Kang said that at present sugarcane is cultivated on just 1.25 lakh hectares of land in Punjab, although sugar mills have the potential crushing capacity of sugarcane from around 2.50 lakh hectares. The government is taking various initiatives to encourage farmers for crop diversification and this is why the state government has decided to enhance the price to supplement the income of farmers.

Stating that AAP is working hard to make farming a profitable venture, Kang said that CM Mann cleared all the pending dues of the sugarcane farmers within six months besides taking myriad of pro-farmers decisions after forming the government.

Hitting out at the BJP for not delivering justice to farmers in Lakhimpur Kheri, Kang said that even one year after e gruesome incident that killed four farmers and one journalist, farmers are still waiting for justice.

He criticised the BJP government for not sacking Minister of State for Home Ajay Mishra as his son Ashish Mishra was the main accused in the case. Even victims have not received the jobs appointment letters and other promises made to farmers are still pending.