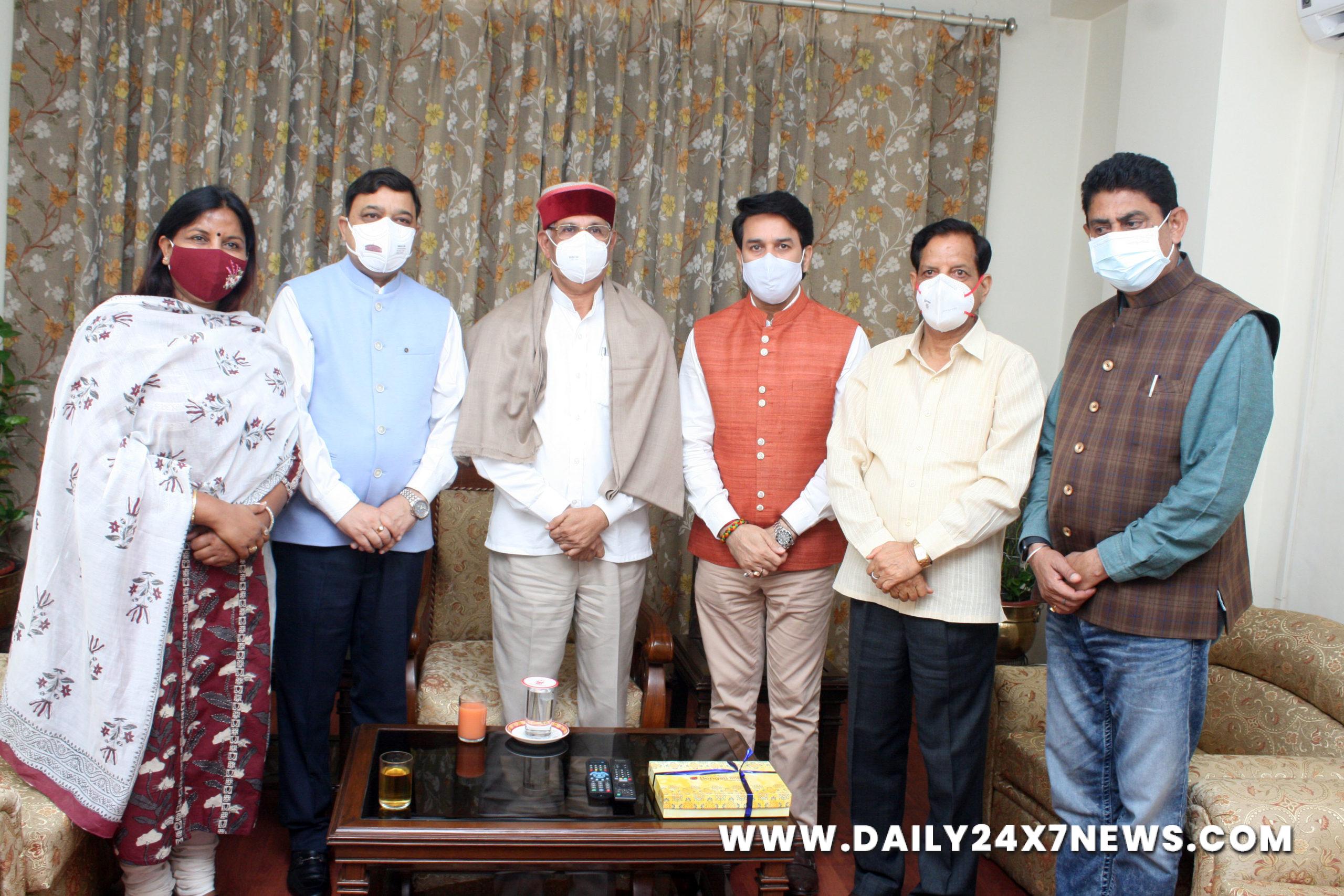 New Delhi/Shimla : Union Minister of Information and Broadcasting and Minister of Youth Affairs and Sports Shri Anurag Thakur along with other Members of Parliament from Himachal Pradesh called on Governor Rajendra Vishwanath Arlekar in New Delhi on Friday late evening.Shri Thakur and other MPs including Kishan Kapoor, Suresh Kashyap and Rajya Sabha MP Indu Goswami greeted Shri Arlekar on assuming the charge of the Governor of Himachal Pradesh. They hoped that his guidance would be helpful in the development of Himachal Pradesh.In their courtesy call, the Governor held detailed discussions with them on various issues related to Himachal.Forest Minister of Himachal Pradesh Government Rakesh Pathania was also present on the occasion.

‘Dev Lok’ will be a big attraction for the tourists : Jai Ram Thakur