Uttarakhand: No breakthrough yet in rescue operation inside tunnel 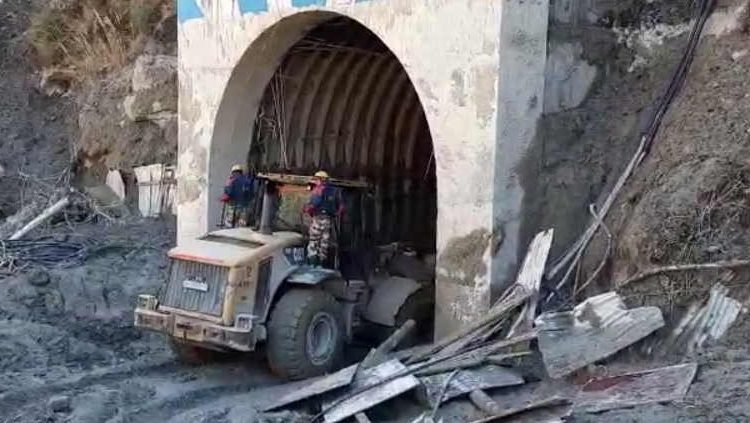 Dehradun : Rescuers on Saturday were busy widening a hole in a tunnel to find 25 to 35 trapped people in the disaster-hit Tapovan project area of Chamoli district in Uttarakhand.Top government and police officials said there was no big breakthrough yet in the rescue work which entered the seventh day. “We have made a hole but we can’t say it is a big breakthrough unless we find something concrete,” said a top police official.But officials claimed the rescue work had been speeded up with the installation of some additional machines like excavators.Presently, the rescuers are working on two strategies drilling a hole vertically downward and also digging and excavating debris and sludge inside the tunnel.Meanwhile, two more bodies were recovered on Friday taking the death toll to 38. Nearly 200 people went missing after the Sunday morning deluge.”The rescue work inside the tunnel is on in full swing,” said Navneet Bhullar, commandant of the SDRF, who is camping at Tapovan site. However, there is still no contact with the trapped people inside.Two days ago, rescue workers had started drilling the tunnel vertically downward. But within hours, the drilling work was intermittently disrupted due technical reasons. Rescuers made another attempt last night and made a small hole vertically downward.Ever since the excavation and digging work began inside the tunnel, the rescuers had been working on multi-pronged strategies in their desperate bid to open the blocked tunnel.

Fat cells may influence how body reacts to heart failure