Drugs smuggled from Myanmar worth Rs 12 cr seized in Mizoram 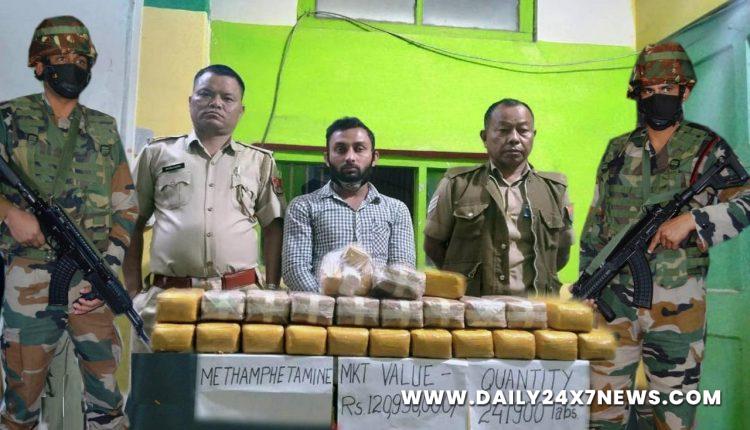 Aizawl : In a big haul, the Assam Rifles troopers and the police have seized banned drugs worth Rs 12 crore from Kolasib district in northern Mizoram and arrested one person in connection with the case, an official said on Saturday.An Assam Rifles release said that acting on a tip-off, a joint team of the para-military force and the Mizoram police conducted a raid on Friday night at Kawnpui village in Kolasib district, which shares borders with Assam and Manipur, and recovered around 2.42 lakh banned Methamphetamine tablets.According to the security agencies, the seized drugs, suspected to be smuggled in from Myanmar, were sent to the state excise department while the detainee has been handed over to the police.Officials said that drugs and various other contraband, including exotic animals and reptiles, are often smuggled in from Myanmar which shares 1,643 km of unfenced borders with four northeastern states — Mizoram, Arunachal Pradesh, Manipur and Nagaland.

Will RaGa’s presence in Pathanamthitta tilt scales in Cong’s favour?