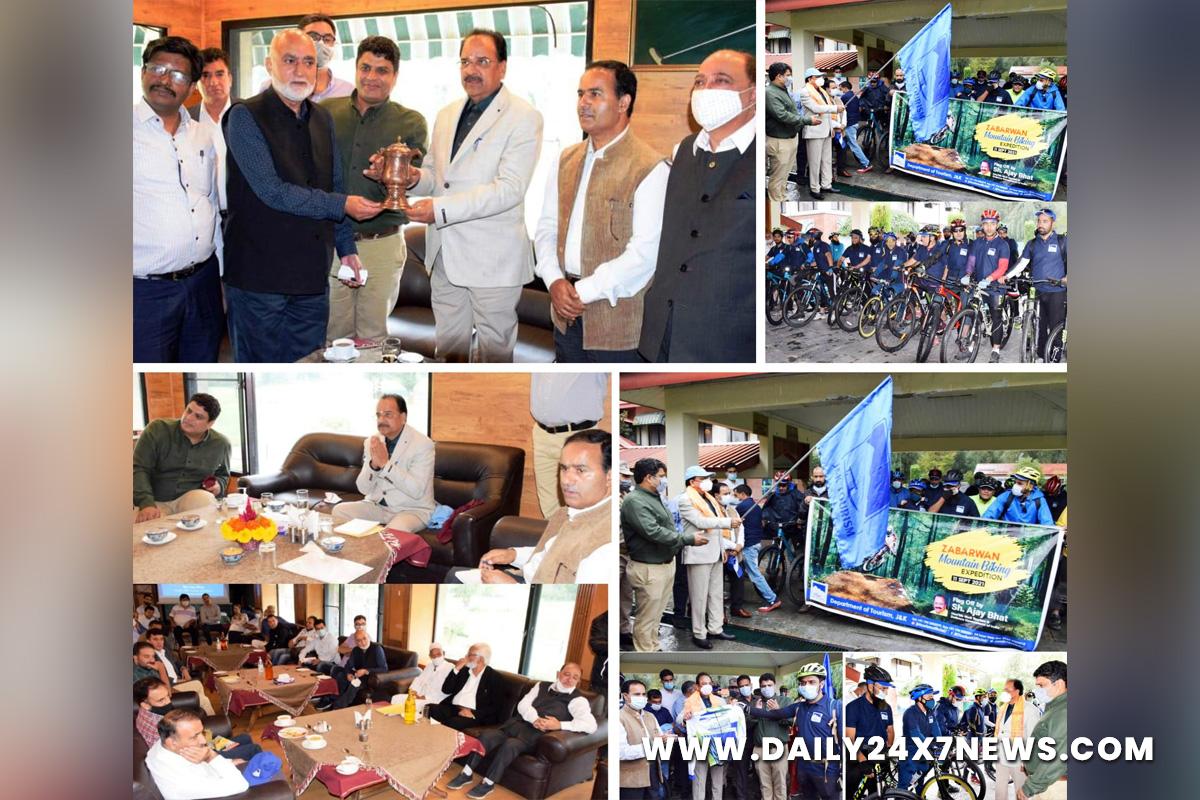 Srinagar : As part of Union Government’s public outreach programme for Jammu and Kashmir, Union Minister of State for Defence and Tourism, Ajay Bhatt today had a detailed interaction with the officials of Jammu & Kashmir Tourism Department at Royal Springs Golf Course at Srinagar. Besides, Shri Bhatt met various stakeholders associated with the tourism sector of the UT of J&K.On the occasion, the Union Minister reviewed the tourism scenario of the Union territory of Jammu & Kashmir. A detail overview was presented by Secretary, J&K Tourism Shri Sarmad Hafiz, Director Tourism Kashmir Dr. Ghulam Nabi Itoo and other officials of the department. Shri Bhatt underlined the infrastructure and measures in place as well as potential available. He highlighted the Union Government’s commitment towards developing and improving the overall landscape to boost the tourism landscape of the Union Territory.

Addressing the gathering, the Union Minister of State, ShriAjay Bhatt said that the Government headed by Prime Minister Narendra Modi is making all out efforts to keep the essenceof Jammu & Kashmir intact by ensuring holistic development of the region. He assured that besides the existing avenues pertinent to the tourism in the region, border tourism, eco-tourism and Horticulture tourism will be taken up on priority. On the occasion, Union Minister had an interactive meeting with stakeholders associated with tourism sector of the UT of Jammu and Kashmir. Representatives comprising of travel and tour operators and hoteliers were present during the interaction. During a meeting, various challenges and issues faced by the industry were put forth. Shri Bhatt ensured the support and assistance of the Union Government which is committed towards the betterment of the region. All the measures are being taken to boost the tourism sector, he added.Earlier, a Mountain Biking Expedition was flagged off by the Union Minister adding on to the diverse Tourism options and capacities already in place in the sector.