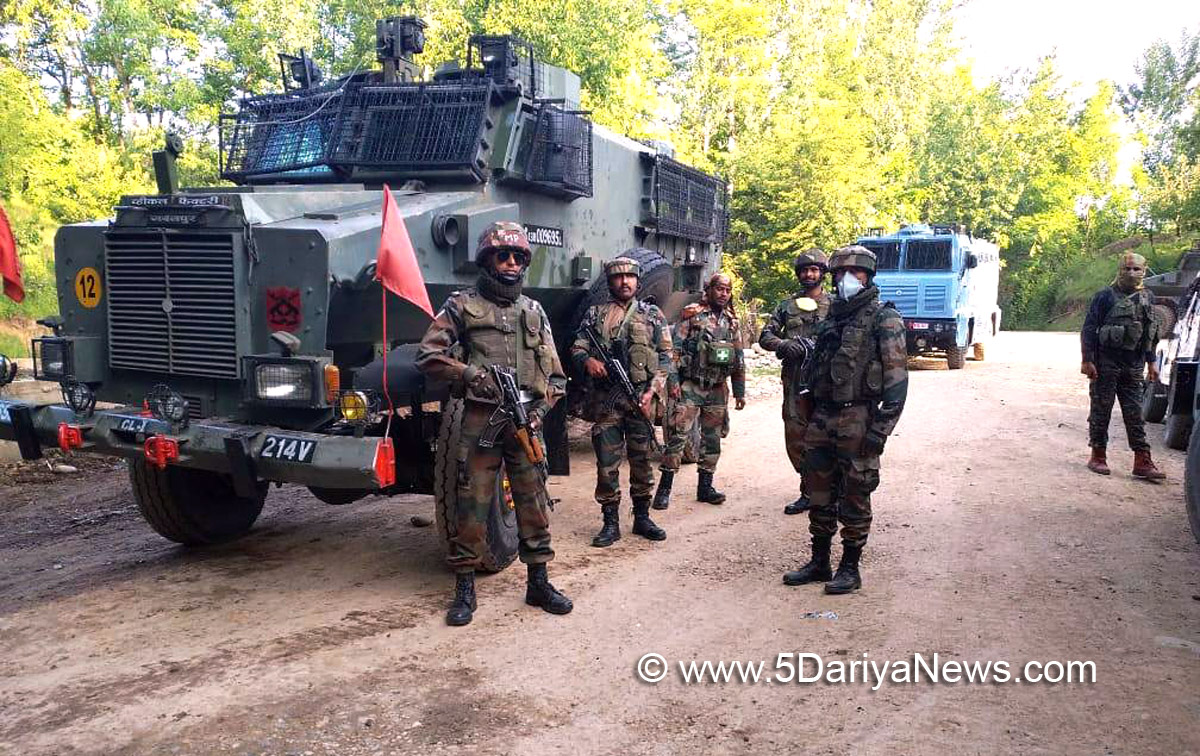 Shopian : Gunfight breaks out between Militants and forces in South Kashmir’s Shopian village on wednesday Morning.Reports said, The Gunfight is going on Hendhama Soguu village of Shopian after forces launched Corden and Search Operation there.Recieved specific input about presence of Militants there combined forces of 44 RR ,Crpf launches Operation during Searches joint of forces approached suspected spot hiding Militants fired upon forces triggering Gunfight.A Police official said, exchange of fire broke out in village.Kashmir Zone Police Tweeted read as, Encounter has started at Sugoo area of Shopain. Police and security forces are on the job. Further details shall follow.Sources told two to three Militants are believed to holed up there and exchange of fire is going on.Pertinently it is the third Operation in South Kashmir’s Shopian district from last four where 9 Militants are killed in last two Gunfight.