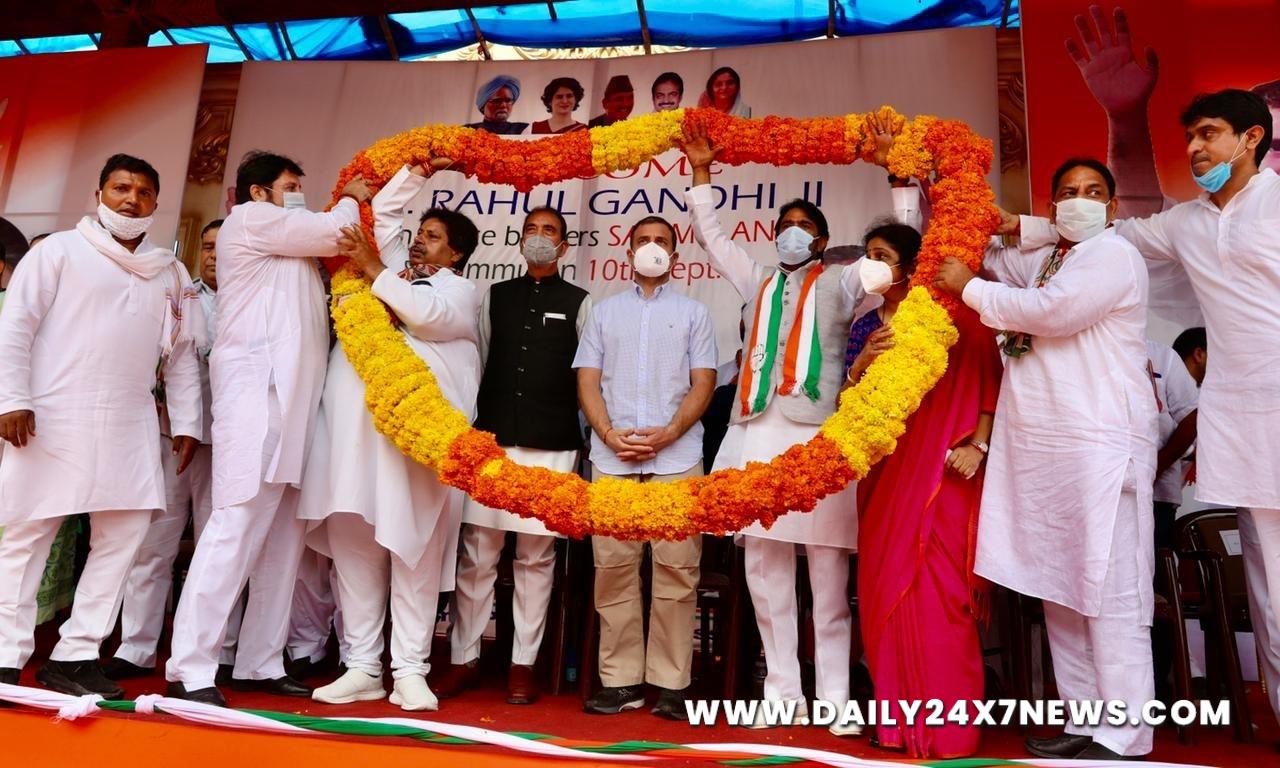 New Delhi/Jammu : Apart from Rahul Gandhi’s visit to Mata Vaishno Devi shrine, there was one political development which was most watched and discussed in Delhi — the presence of Ghulam Nabi Azad on the same stage as the former Congress president.Rahul Gandhi took Ghulam Nabi Azad’s name first in his address and also sat beside him during the workers meet. It was the second time in a month that Azad was seated beside Rahul Gandhi.The optics show that the G-23 leaders have toned down their tirade against the Congress leadership, particularly the close aides of Rahul Gandhi who are alleged to be interfering in party affairs on Rahul’s behalf. The bonhomie may not last long if members of the G-23 are not given party nominations for Rajya Sabha elections slated for October 4.A party insider said that, “the problem started with the Rajya Sabha nomination of KC Venugopal and it may end with the Rajya Sabha candidature. If Azad gets the party ticket it will send a message across the board that Rahul Gandhi is ready to take everyone along as Azad is the most senior leader in the party.”

However, no formal dialogue has been initiated by any side.Azad was one of the prime movers of the letter written to Sonia Gandhi in August 2020 for visible and effective leadership in the party and elections from the block to the Congress Working Committee level.The grand old party is likely to contest two seats — one in Tamil Nadu and the other in Maharashtra. In the alliance arrangements during the state polls one seat was promised to the Congress by the DMK and the other seat is from Maharashtra which is vacant after the demise of Rajiv Satav.Many leaders are said to be in the fray including former Leader of the Opposition in the Rajya Sabha Ghulam Nabi Azad, Mukul Wasnik, Milind Deora, Sanjay Nirupam and Pramod Tiwari. Sources said that Rahul Gandhi is in favour of Praveen Chakravorty who is the chairman of the data analytics department.
But sources say that the DMK is averse to the idea of sending a non political person to the Upper House of Parliament while Ghulam Nabi Azad shares a good rapport with the DMK leadership.