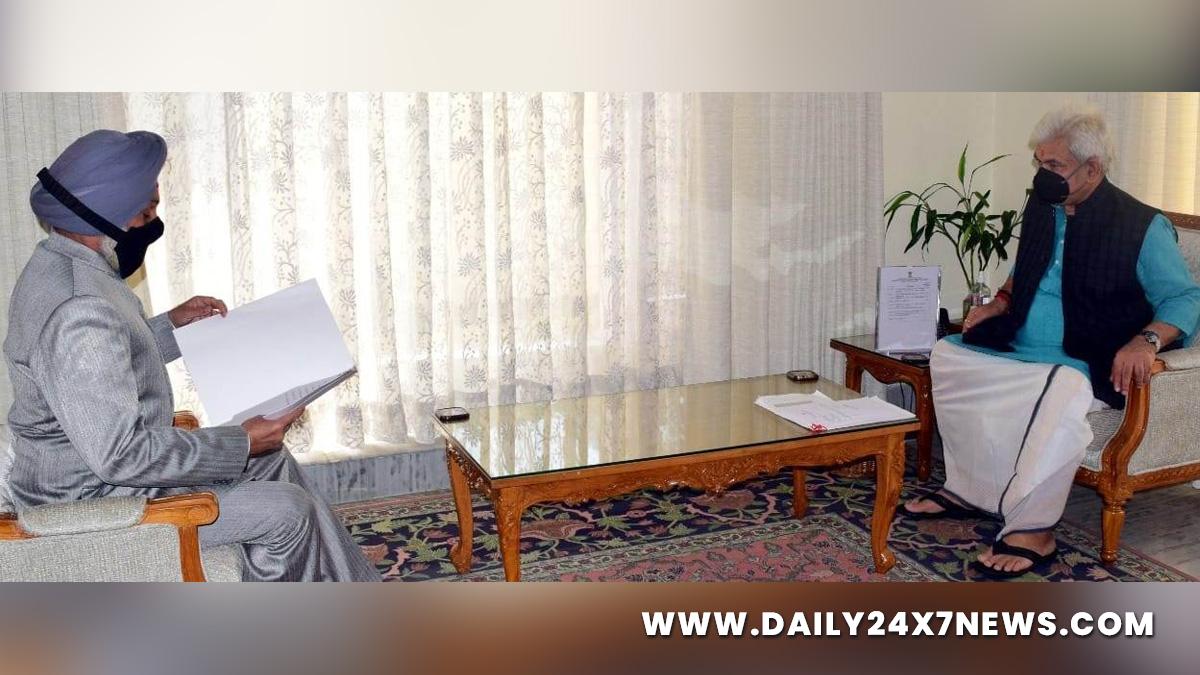 Jammu: Brigadier Gurmeet Singh Shan, Director Sainik Welfare Department (J&K) today called on Lieutenant Governor Manoj Sinha at Raj Bhavan.The Director briefed the Lt Governor on the preparations for the upcoming celebration of Armed Forces Flag Day on 07 December and about various activities of the department related to the welfare of the Ex-servicemen and Veer Naris.He expressed gratitude towards the Lt Governor for landmark approvals to set up 100 bedded children hostels, one each at Srinagar and Jammu, and promulgation of the policy to provide relaxation in age and physical endurance tests to ex-servicemen for recruitment in government jobs in J&K.

Brigadier Gurmeet Singh Shan also apprised the Lt Governor of the efforts made to reach out to veterans in the border areas and far-flung regions, which include adhoc offices been set up in Bandipora and Akhnoor, proposal to set up new offices in other remote areas, use of digital technology, digital life certificate generation at all 13 ZSWOs, adoption of e-office, the launch of department’s website, besides various other initiatives and steps for the welfare of Ex-Servicemen.He also apprised about the campaign being undertaken to sensitise citizens about the importance of contributing towards the Armed Forces Flag Day Fund, which is used for welfare activities.The Lt Governor appreciated the remarkable work done by the Sanik Welfare Department for Veterans and Veer Naris. He impressed upon the Director to continue his endeavors for the welfare of Ex-Servicemen and their family members.