CRPF fully prepared to deal with any situation in J&K: DG 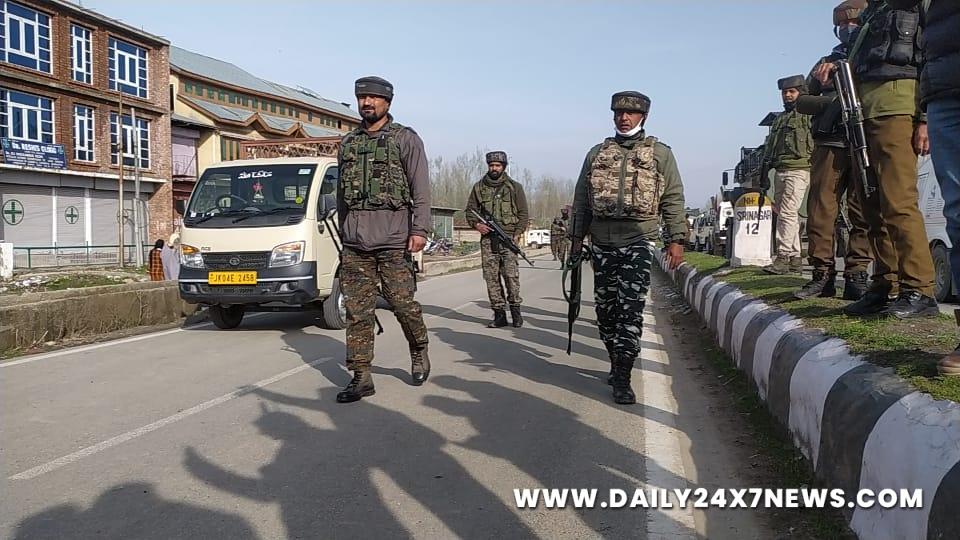 New Delhi/ Srinagar : The Director General of Central Reserve Police Force (CRPF), Kuldeep Singh, said on Wednesday that the force is fully-prepared to deal with any situation in Jammu and Kashmir, even if the ultras get hold of US weapons captured by the Taliban.Admitting that the Taliban’s takeover of Afghanistan will boost the morale of the terror groups in J&K, Singh said, “If they (Taliban) support these terror outfits with captured US sophisticated weapons, the CRPF is fully prepared to deal with them.”Speaking at a function held to honour the bravehearts of the force, Singh said that security forces have been keeping an eye on the situation that arose after the Taliban took over Afghanistan over a fortnight ago.The intelligence agencies have sounded alerts to the government that the terror launch pads in Pakistan have been humming with activities, indicating that when the entire world was focusing on Afghanistan, Pakistan-based terror outfits like Jaish-e-Mohammad and Lashkar-e-Taiba are trying to push the ultras into J&K with a big plan.

“There are indications that Pakistan-based terror outfits are stepping up their efforts to push their ultras into Jammu and Kashmir ever since the Taliban took over Afghanistan,” a source in the security set up said.According to Singh, the terror launch pads in Pakistan have been humming with activities near the border, indicating an increase in planning for infiltration. These launch pads were abandoned after a ceasefire was announced in February this year.As per the inputs, around 300 terrorists have again occupied the camps across the Line of Control.The Ministry of Home Affairs is also monitoring the security situation in Jammu and Kashmir and a meeting was convened in the North Block recently to review the situation after the Taliban took full control of the war-ravaged country, sources said.The security agencies are also concerned over reports of around 70 youth from the Valley going missing. They apprehend that the youth might have joined some militant outfits.

After US exit, Iran hopes to lead global diplomacy to end conflict in Afghanistan

My body shook: Virat Kohli on listening to Shastri for first time