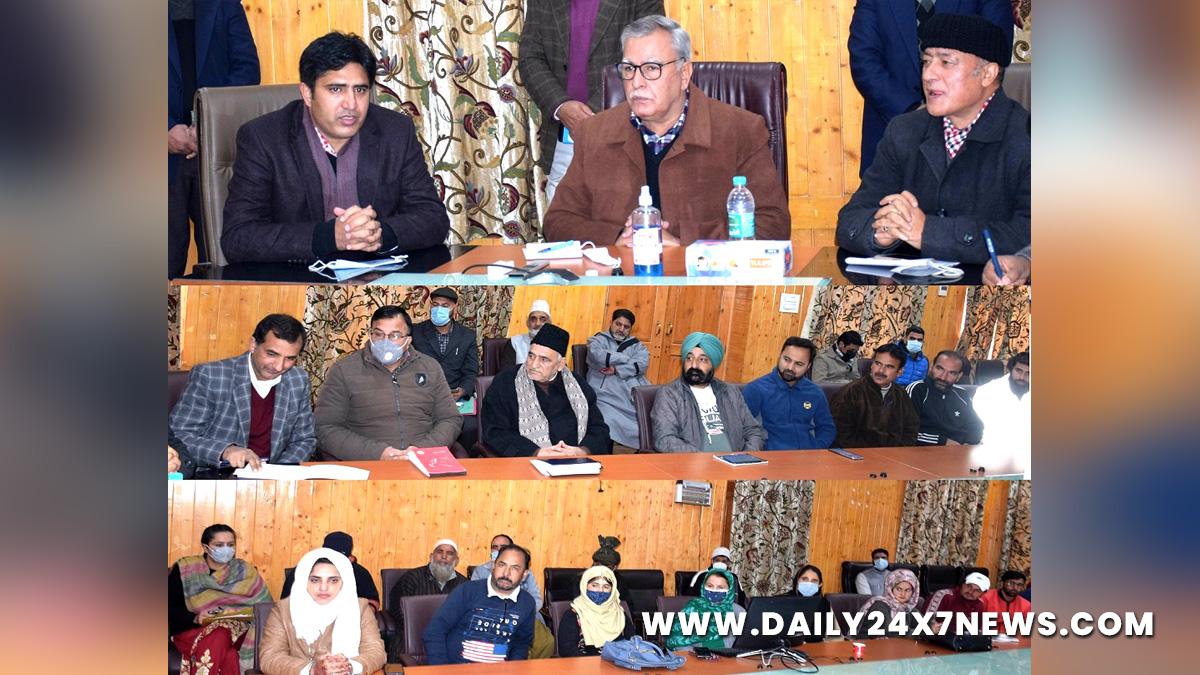 Advisor, while responding to the issues raised by the delegations, assured them of timely resolution of their genuine grievances.Advisor laid stress on need for further strengthening coordination level between PRIs and the district administration for effective and timely execution of all development works.Advisor Khan also reviewed the functioning of various government departments in the district and directed the officers not to compromise on the quality of works while ensuring timely completion of the same.Earlier, Advisor visited fruit mandi Prichoo and inaugurated fruit growers office in presence of DDC Chairman, DDC Pulwama, Director General Horticulture, Director Agriculture and other senior officers.The fruit growers association apprised the Advisor of their issues related to developmental infrastructure in the fruit mandi, allotment of shops, widening of approaching roads and related matters.Advisor directed the concerned officers to ensure that the issues raised by the Association are resolved at the earliest.Deputy Commissioner, Pulwama, Baseer ul Haq Choudhary informed the Advisor about the development and welfare schemes being implemented in the district by different departments and agencies.