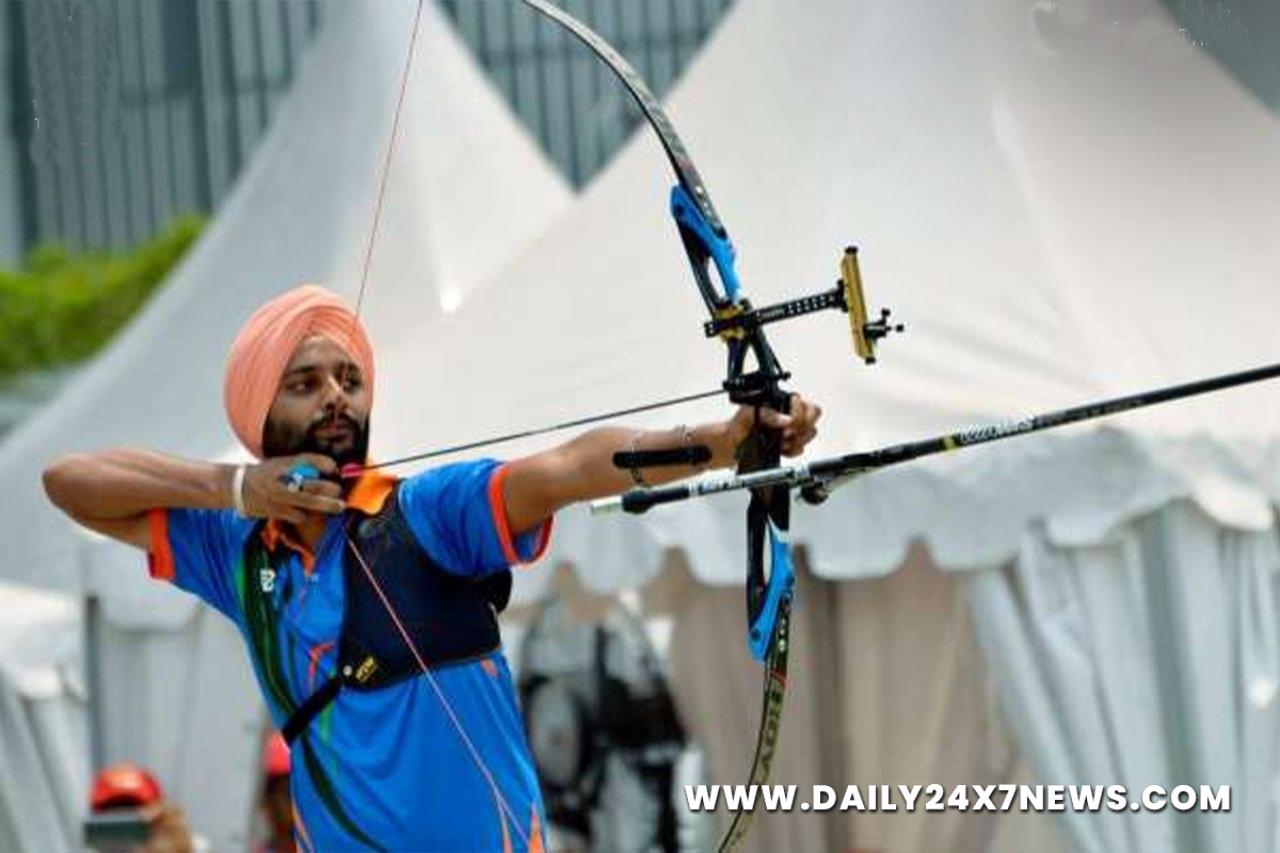 Tokyo : He had already won two shootouts in the day. So when he faced another in the bronze medal match in Mens Individual Recurve Open at the Tokyo Paralympic Games, India’s Harvinder Singh was not fazed and approached it confidently.South Korea’s Kim Min Su took aim first and managed to shoot an 8 and Harvinder responded with a perfect 10 to win a historic bronze medal — the first-ever medal for India in either Olympic or Paralympic Games. It was also India’s third medal in the Paralympics on Friday and the 13th overall in Tokyo.Harvinder, who had finished 21st in the ranking round, won three elimination duels on Friday before his storming run was halted by Kevin Mather of the United States, the eventual gold-medallist, in the semi-finals. He regrouped himself and went on to claim the bronze medal in very difficult conditions.In the bronze medal match, Harvinder started by winning the first set 26-24 but the Korean came back to level scores 2-2 by taking the second set 29-27.In the third set, Harvinder tallied a score of 28 with two 10s while Kim managed 25.

Leading 4-2, Harvinder had to win the next to seal the medal but they shared one point each as both managed a score of 25 each in the fourth set.In the fifth set, Harvinder scored 26 and Kim edged him by one point to take the duel into shootout.In the shootout, Kim shot an 8 and Harvinder a 10, the Indian winning his first Paralympic Games bronze medal.Earlier, he had defeated Bato Tsydendorzhiev of RPC in the pre-quarterfinals and had got the better of Stefano Travisani of Italy in Round of 16 in shootouts.He had won two shootouts to win a gold medal in the Para Asian Games in Jakarta, in 2018.Last year, Harvinder had converted his farm in Punjab into an archery range to practice during the nationwide lockdown. Though it was for a short period as the camp was started at the Sports Authority of India’s Centre at Sonipat. However, the facilities helped him gear up for Tokyo 2020 during the second wave of the Covid-19 pandemic.That practice has paid rich dividend as Harvinder Singh bagged a historic medal that is sure to give Indian archery a big boost.