This is not a political sojourn, says Vasundhara Raje at the start of her Mewar Yatra 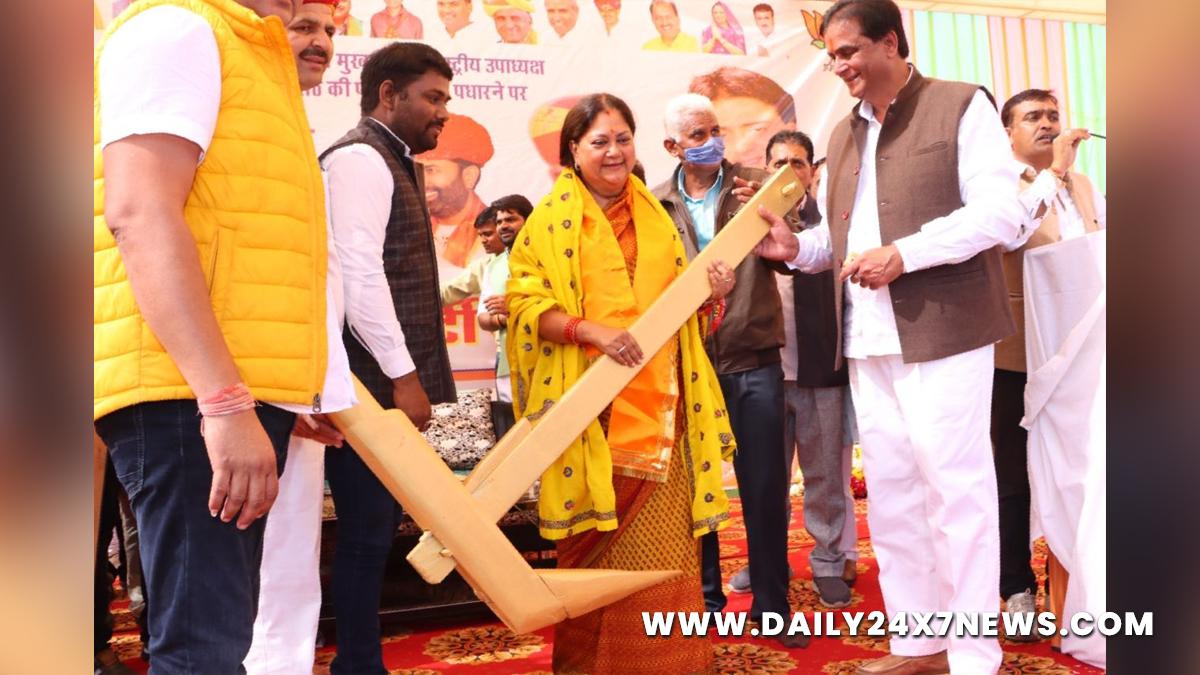 Jaipur : Former Rajasthan Chief Minister Vasundhara Raje on Tuesday started her Mewar Yatra after offering prayers at the renowned Sanwariliya Seth Temple. She said that this programme is not a political sojourn but is an effort to connect with those who lost their loved ones to coronavirus.She said, “Some people have been referring to this yatra as a political sojourn but this is just an effort to express condolences to bereaved families who lost their loved ones to corona.”Referring to Prime Minister Narendra Modi’s slogan, “Sabka Saath, Sabha Vikaas”, she said, “Rajmata Saheb (My mother) taught me how to go ahead by taking everyone along. Similarly, PM Modi also has given a slogan, “Sabre Sate, Sabre Vikaas”, she added.

Raje said that her daughter-in-law has been unwell for the last 10 months. However, with the blessings of Sanwariliya Seth, her health has improved. Due to her illness, I could not attend the families who lost their loved ones to corona and have come here now, she added.I have been expressing condolences to those who lost their loved ones and shall offer prayers at the temples on my route, she added.Raje added that she does not believe in ‘Rajniti’ but she has strong faith in ‘Dharma Niti’.During our tenure, we got 125 temples renovated by spending Rs 550 crore. Now, I offer my prayers to Sanwaliya Seth that the coming time should be of the BJP, yours and ours, she added.Thereafter, she reached Udaipur’s Lasediya village where she tied a pagadi (turban) on the son of former MLA Gautamlal Meena who died due to Covid. His family members had announced that the ritual of pagadi will be performed by Raje.