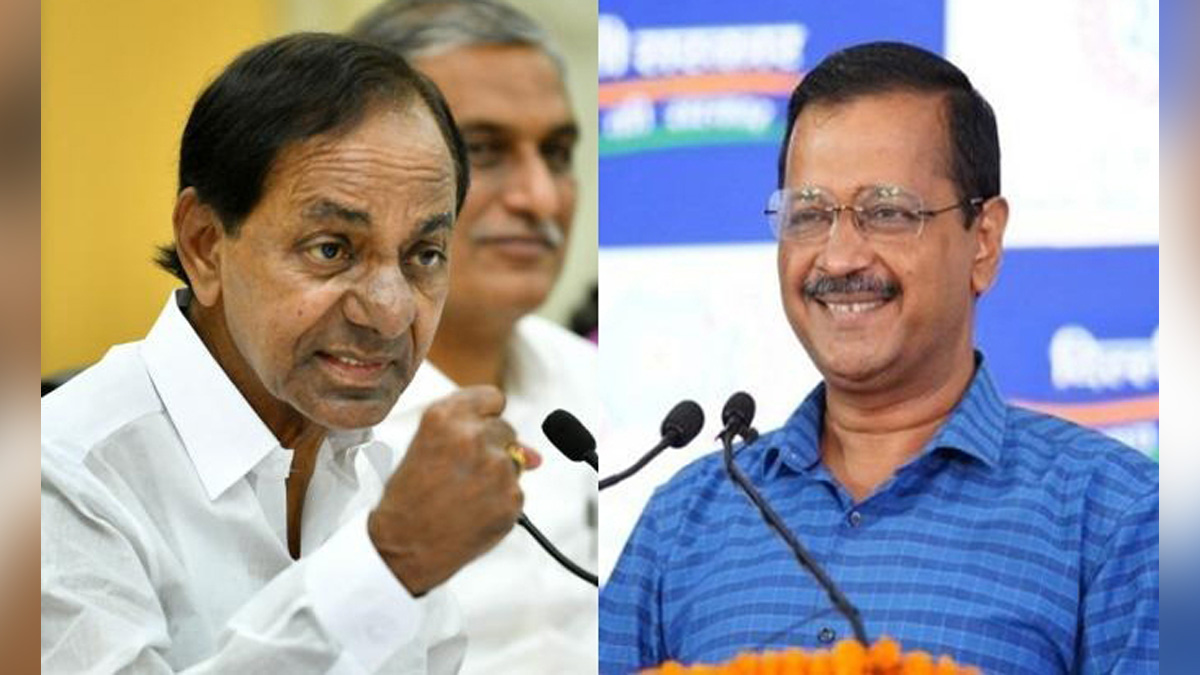 New Delhi : Telangana Chief Minister K. Chandrashekhar Rao and Delhi Chief Minister Arvind Kejriwal are teaming up to make an opposition front against the BJP minus the Congress. K. Chandrashekhar Rao, on his visit to Delhi on Saturday, will be visiting Mohalla clinics along with Kejriwal. He is also likely to issue a statement later in the day. Earlier, Tamil Nadu Chief Minister M.K. Stalin had also visited Delhi. Both Arvind Kejriwal and KCR share good personal relationship and have a understanding with Trinamool Congress chief Mamata Banerjee. The Telangana CM will be meeting other leaders also and this is his second leg of meeting with like-minded parties.

He will call on leaders of various political parties in the national capital. He will also meet leading economists and discuss the country’s economic situation with them. The TRS chief will leave for Chandigarh on May 22. He, along with his Delhi and Punjab counterparts, Arvind Kejriwal and Bhagwant Mann, respectively, will present a cheque of Rs 3 lakh each to the families of the deceased farmers. After the Narendra Modi government withdrew the three controversial farm laws, the TRS government had announced the compensation for farmers who died during the year-long movement. On May 26, the Telangana Chief Minister will reach Bengaluru. He will call on former Prime Minister Deve Gowda and former Karnataka Chief Minister H.D. Kumaraswamy. The next day, he will leave for Ralegan Siddhi where he will meet prominent social activist Anna Hazare.

From there, he will go to Shirdi for Saibaba’s darshan and will then return to Hyderabad. According to the CMO, KCR will leave for a visit to West Bengal and Bihar on May 29 or 30. He will console the families of Indian Army personnel who were martyred in clashes with Chinese PLA troops in Ladakh’s Galwan Valley. He will present cheques to the families of the martyrs. In March, KCR visited Ranchi. He, along with his Jharkhand counterpart Hemant Soren, handed over cheques of Rs 10 lakh each to the families of two soldiers.