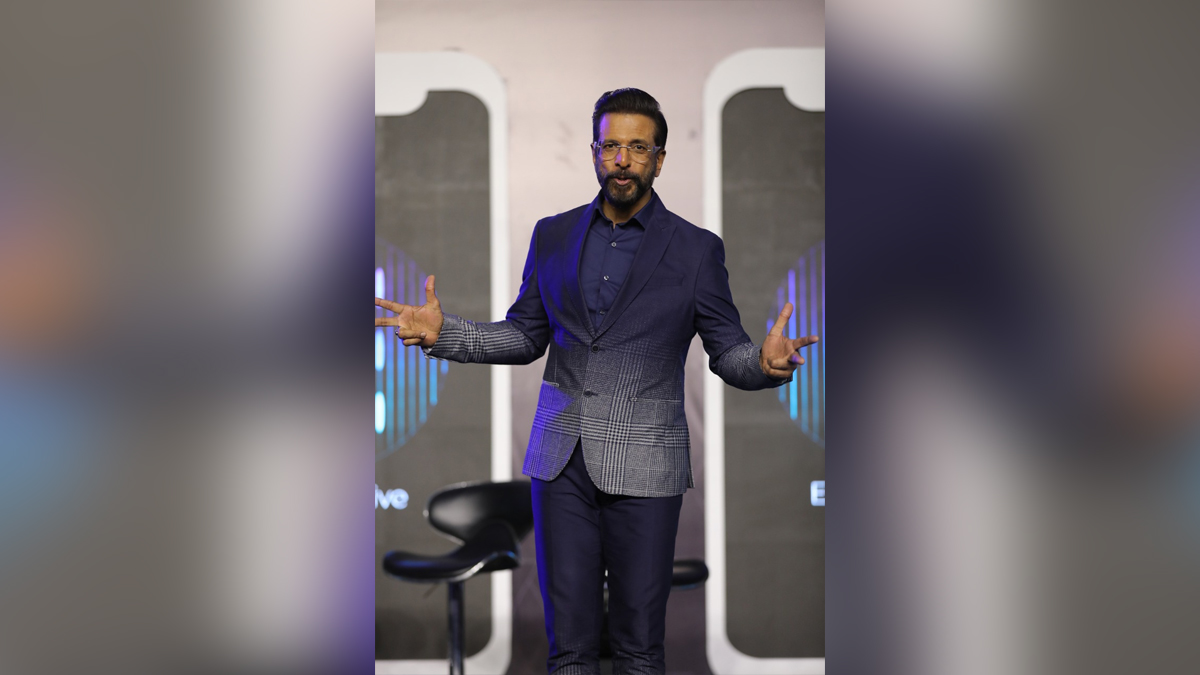 Mumbai : The heads of social media companies are people with a unique vision that has helped them amass millions of members, feels actor Jaaved Jafferi who essays a similar role in upcoming web series ‘Escaype Live’ on Disney+ Hotstar. ‘Escaype Live’ is a fictional story, penned by Jaya Mishra and Siddharth Kumar Tewary, that is likely to seem very true and real. The story features a bunch of content creators, with different paths but one goal – to produce viral content to emerge victorious in a life-changing competition announced by the hottest new app in the country called Escaype Live. Veteran actor Jaaved Jafferi essays the role of Ravi Gupta, a corporate honcho in ‘Escaype Live’. Jaaved said, “Primarily the concept of the show attracted me to it. The utilisation of an app and how in today’s time they have the power to create havoc in their users’ lives, lots of things, good and bad.

Obviously, it has long term effects and the science behind manipulations of human emotions. This novel and relevant concept that we need to discuss has been brought forward.” Jaaved further added, “My character Ravi Gupta is an important part in the corporate machinery where he is trying his best to get the numbers up and he has to meet deadlines and targets. He has to deliver, he has his own responsibilities, we don’t show his side of personal life. He has a child and wife and is unaware of his personal equation with them and is completely engrossed in the app to make it successful. He mentions that at his age he can’t take risks and has to come up with targets and make them happen.” Produced under Siddharth Kumar Tewary’s One Life Studios, the nine-episode series heavily emphasises the human tendency to be competitive and their drive to succeed.

Kangana Ranaut reveals how she became a bookworm

On Track : Chitrangda Singh’s experience of travelling in Mumbai locals for the…

Will never limit ourselves as artistes: Singing duo Sukriti-Prakriti