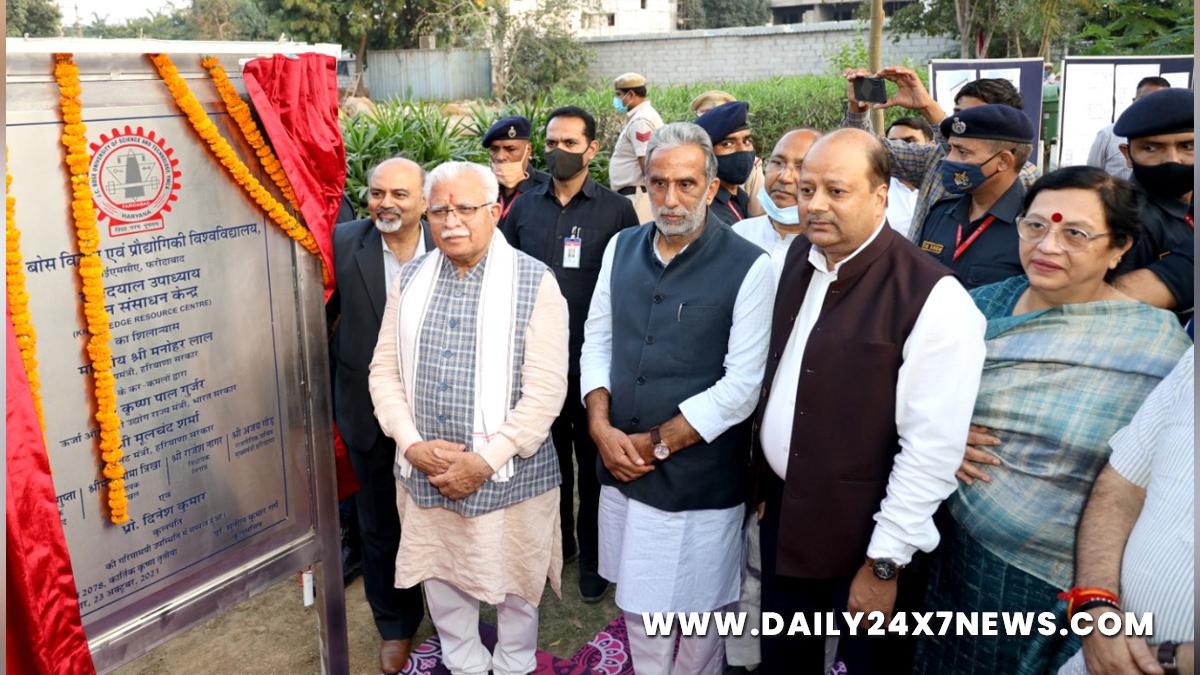 The Chief Minister said that the benefits of government grants should reach the needy. Therefore, Universities should formulate such slabs for fees, in which full fee exemption on the minimum income limit, followed by 50 percent and above full fee. There should also be a provision that if any family wants to bear the fees of another student, it can do so. He said that there are 48 universities in the government and private sector in the state, in which J.C. Bose University has its own distinct name and identity.He said that it is the endeavor of the State Government that government grants reach the needy person, for which the registration Parivaar-Pehchan-Patra has been initiated and, so far 65 lakh families have been registered. He said that Mukhyamantri Antyodaya Parivar Utthan Yojana has also been started by the government, in which efforts are being made to identify the families having income less than one lakh and to increase their income.Addressing the function, Union Minister of State for Power and Heavy Industries, Sh. Krishna Pal Gurjar appreciated the contribution of the University’s alumni in industrial development. He said that being successful entrepreneurs, the alumni of this institute are partners in the progress of the country by contributing through production, employment and revenue.Earlier, addressing the function Vice Chancellor Professor Dinesh Kumar presented the details of academic and infrastructural development projects of the university. He said that the university is working towards mobilizing its resources so that the dependence of the university on government grants can be reduced.The President of Alumni Association Dr. Navin Sood also spoke on this occasion. At the end of the programme, Registrar Dr. S.K. Garg proposed the formal vote of thanks.During the function, the University called upon the alumni and eminent entrepreneurs to invest in R&D and Innovation facilities in the University.

Historical places of Mahendragarh district will be developed as tourist destination : Manohar Lal