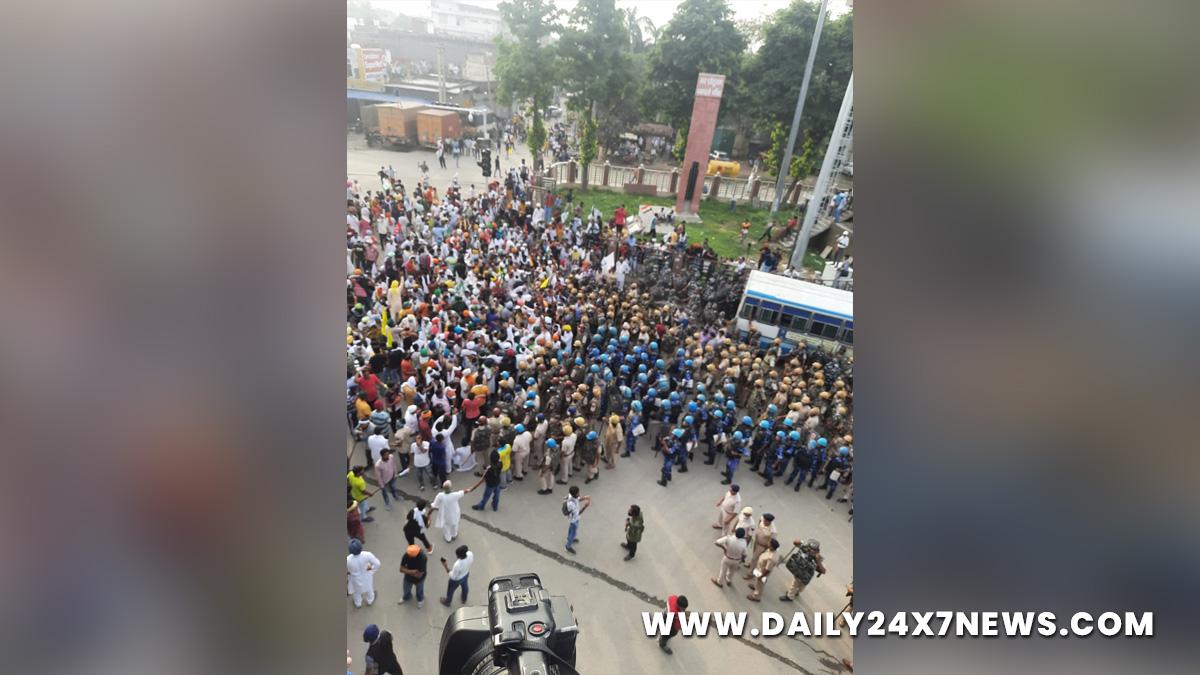 Chandigarh : Hundreds of farmers on Monday blocked major highways, including National Highway 1 linking Delhi with parts of Haryana and Punjab, following a nationwide call by farmers’ unions to demand scrapping of three Central farm laws.Traffic across Punjab and Haryana is likely to hit badly and see traffic disruptions for several hours as farmers, farm labourers, commission agents, trade and employee unions and activists of political parties squatted on national highways till 4 p.m.The protesting farmers parked their tractors on highways and major link roads in both Punjab and Haryana and squatted on the road.Heavy police presence could be seen at various places in Haryana and Punjab to maintain law and other in view of the protest by farmers.The police diverted traffic at several places as the farmers blocked the highways.However, there was no report of any untoward incident from anywhere in the states. Emergency medical services were exempted from the blockade.In view of the ‘Bharat Bandh’, Haryana Police has issued an advisory stating that people may face traffic blockages in the state.

A police spokesman said elaborate arrangements have been put in place in Haryana. The primary objective of the arrangements is to maintain law and order, prevent violence and to facilitate the functioning of traffic and public transport systems.He also appealed to the farmers to raise their issues peacefully without disturbing law and order situation. Stern action as per the law would be taken against the elements trying to disturb public order under the guise of bandh call, he added.The Samyukta Kisan Morcha, an umbrella body of over 40 farmer unions, has announced to observe the protest.The agitated farmers are demanding the repeal of the three farm laws passed by Parliament last year and have expressed apprehension that they would pave the way for the dismantling of the minimum support price system, leaving them at the mercy of big corporate houses.The government has maintained that the new laws will provide farmers with better opportunities. It has also accused the opposition parties of misleading farmers.