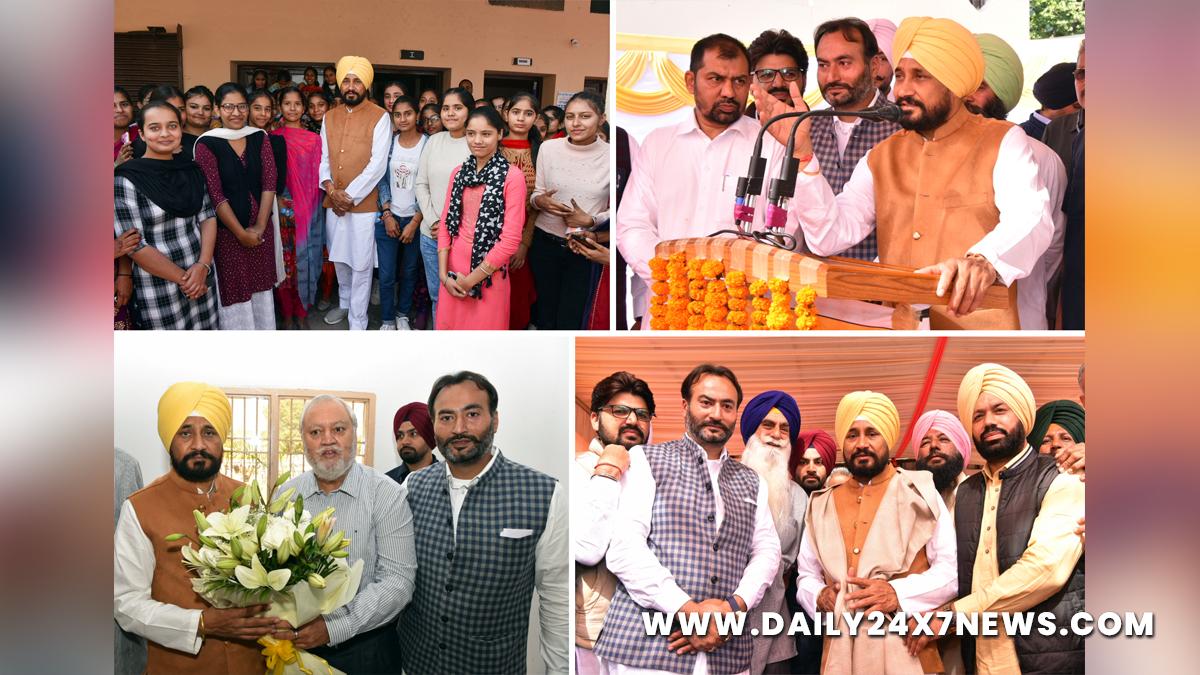 Kurali : Reiterating the firm commitment of state government for empowering the girls in Punjab, Chief Minister Charanjit Singh Channi said that state Government is laying special emphasis on girl’s education in the state.In a meeting with girl students and management committee of SBS Khalsa College (girls) in Padiala, Chief Minister said that quality education is a key to empower the girls in the state so that their in-built multitasking abilities can be brought out for the society’s development.He said that the girls have the talent of huge capabilities and by giving quality education and equal participation in the decision making, they can become a lighthouse for the others. He stated that an educated woman leaves an indelible imprint on society and motivates others to follow her.The Chief Minister said that Punjab government is already taking several initiatives to empower the girls in the society so that they can contribute in the welfare of the society.

On the occasion, Channi also remembered former MLA Late Bachittar Singh and Rajbir Singh Padiala and said that everyone is well-known about their family’s close association with Panth Ratan Late Jathedar Gurcharan Singh Tohra. He said that the family had always contributed immensely for the area’s development and even now its next generation is carrying out the social welfare activities on a large scale. He also announced a grant of Rs 10 lakh for the college.CM said that he would soon hold a meeting with sarpanchs and panchs of Kharar and would ensure all-around development of entire constituency.Earlier, the Chairman of the College Management Committee Gurpartap Singh Padiala welcomed the Chief Minister and said that every section of the society is appreciating and has become huge fan of Chief Minister for his pro-poor initiatives including cheapest electricity sand, and gravel, proprietary rights to poor people living in slums, waiving off water charges and others.