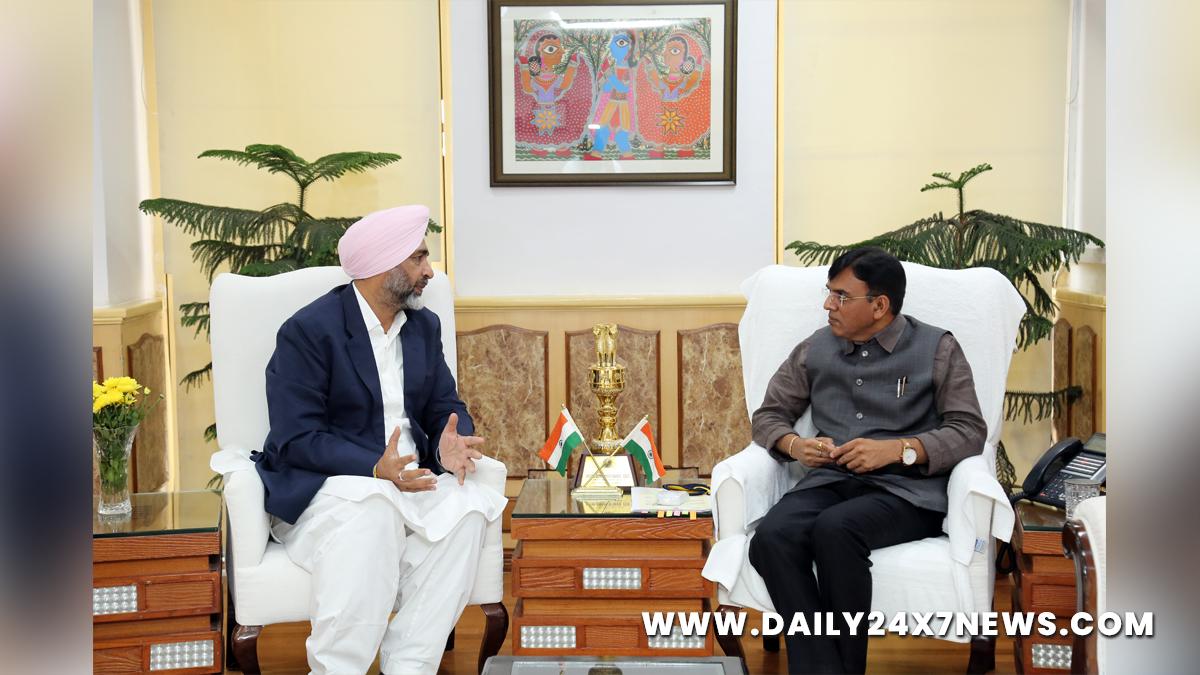 Chandigarh/New Delhi : Building a pharmaceutical park in Bathinda would serve the entire country, particularly the Northern region, including Punjab, Haryana, Rajasthan, Western Uttar Pradesh, Uttarakhand, Jammu & Kashmir and Ladakh. The Punjab Finance Minister Mr. Manpreet Singh Badal made these remarks during a meeting today with Union Minister for Chemicals, Fertilizers and Pharmaceuticals, Mr. Mansukh L. Mandaviya, seeking the establishment of a pharmaceutical park in Bathinda.Mr. Manpreet Singh Badal noted that it is equally important to diversify Punjab’s economy as well as its agriculture. Mr. Mansukh L. Mandaviya carefully listened to the facts presented and assured the Punjab Finance Minister that he would give Bathinda the highest consideration.Being a border state, Punjab must employ its youth productively to avoid them falling victim to sinister designs emanating from our hostile neighbours, said Mr. Badal, while adding that the establishment of a pharmaceutical park at Bathinda would provide direct employment to around 100,000 people and indirect employment to nearly 200,000 people.

The Finance Minister stressed that the presence of a fully operational “A” level railway station, availability of over 1350 acres of land, and proximity to the Bathinda Oil Refinery make this site ideal for establishing a pharma park. He said that 134 acres of water bodies, lakes, and ponds bolster the land cluster greatly, providing many additional benefits for establishing, maintaining, and operating a pharma facility.The pharma industry will also receive substantial support from some of the largest USFDA-approved pharmaceutical companies, such as Sun Pharma, Centrient, and IOL Chemicals. Bathinda will also benefit from an R&D ecosystem National Institute of Pharmaceutical Education and Research (NIPER), Indian Institutes of Science Education and Research (IISER), and Institute of Nano-Technology at Mohali, besides the All Indian Institute of Medical Sciences (AIIMS, Bathinda), and the Institute of Microbial Technology at Bathinda, he added.