2023 polls will be contested under collective leadership : Sachin Pilot 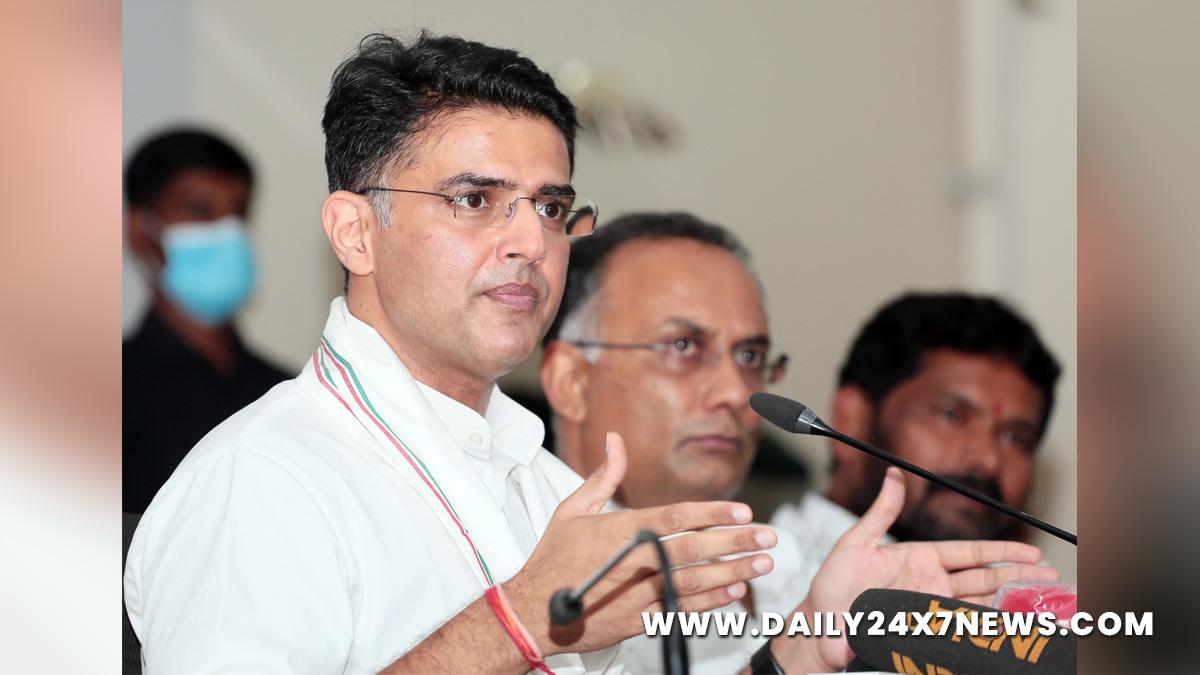 Jaipur : Former Deputy Chief Minister Sachin Pilot on Sunday that the 2023 elections in Rajasthan will be contested under a collective leadership, adding that he is aiming to form a Congress government in the state again.He made the remarks to the media here and when asked if next elections will be held under his leadership, he said: “We all fought the elections together in 2018. The score of our 21 seats in 2013 elections went up to 100 in the 2018 elections. We have been contesting elections under a collective leadership and shall continue to do so under the leadership of Sonia Gandhi, Priyanka Gandhi Vadra and Rahul Gandhi.”Pilot also denied that there was any faction in the party and said that the entire leadership took the decision of cabinet reshuffle.

Why MSP law is not being passed, asks Congress

“My aim is to form a Congress government in Rajasthan again. The people of Dalit society have been given a place in the cabinet. Earlier the representation was less and now it has been increased.What Priyanka ji did in Uttar Pradesh for women, its effect can also be seen in Rajasthan. The women’s representation has been increased three times,” he added.Pilot said that he had announced in Delhi to take up any responsibility being given to him by party High Command.”Who will get which department will be decided by the High Command and Ajay Maken.”In the next elections, we will give maximum tickets to women. I worked hard in the 2018 elections and will work harder in the 2023 elections and will connect to the people to strengthen the party,” he added.

Why MSP law is not being passed, asks Congress