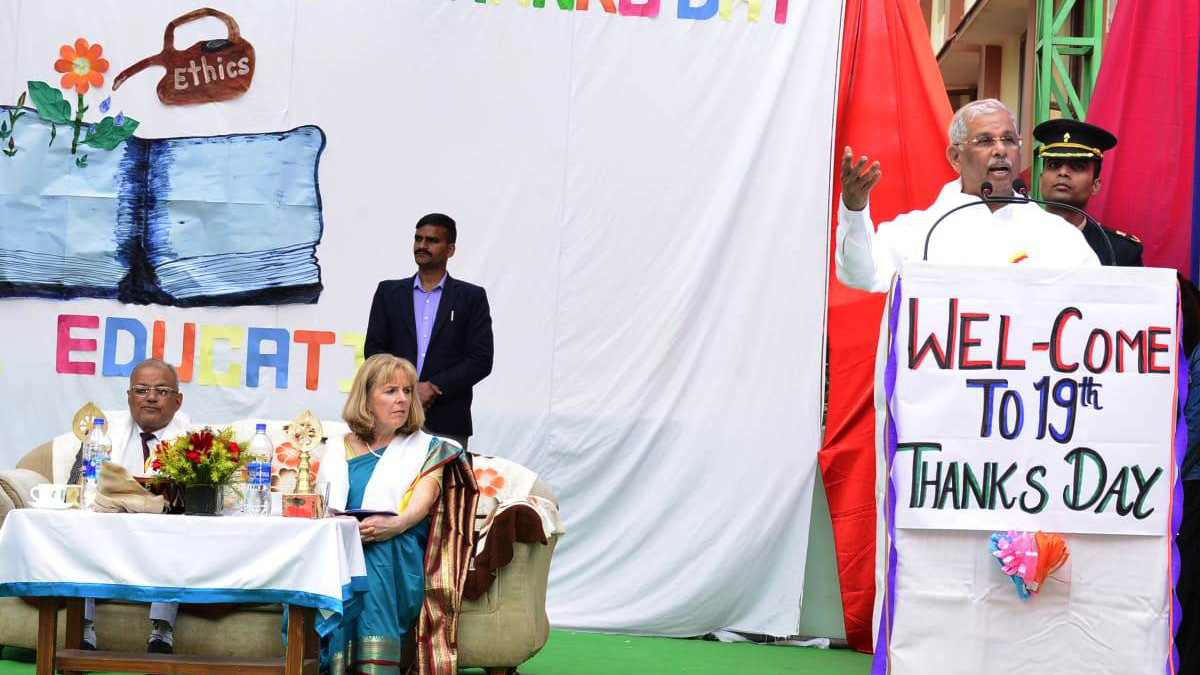 Dharamshala : Governor Rajendra Vishwanath Arlekar, as a Chief Guest in a 19th “Dhanayavad Diwas” programme of Tong-Len Charitable Trust said that the efforts of the Trust and its results were an inspiration for the whole world.

The Trust has presented an excellent model which today inspires others, he added.The program was organized today at Sarah village of Dharamshala in Kangra district.Appreciating the efforts of Lama Shri Jamyang, the Governor said that he was extremely delighted to see the result of his years of penance.

He has changed the fate of thousands of children from extremely vulnerable sections by converting the messages of Lord Buddha into implementation. He said that the monk has given life to more than 100 children who were victims of severe malnutrition by rescuing them.

Expressing happiness, he said that apart from providing quality education to the children of the weaker sections, it was also being linked with Indian values.Shri Arlekar said that there was a need to support an institution like Tong Len as it was working as a guide for society.

Emphasizing the suitability of the ancient Indian Gurukul system, he said that the current education system has started thinking in this direction. He said that today we need to adopt our rich culture and traditions, kindness towards society and dedication towards the country which keeps us connected to our culture.

The Governor also awarded three persons including Rakesh Kumar Prajapati, Vinod Acharya and Sadhana Nepali for their outstanding social work and Appreciation prize for three organizations. He also visited the Hostel campus and saw the facilities being provided on the campus.

Monk Jamyang welcomed and honoured the Governor on the occasion and said that they were following the path of H.H Dalai Lama of promoting ethical education and revival of ancient Indian knowledge. He said that initially they started the institute with very few students and now they were providing education to more than 300 slum students.

“We are thankful to India and its people for supporting us wholeheartedly”, he said.Presiding over the program, Padma Shri Dr. Umesh Bharti, recalling his memoirs related to the trust and said that for the last 20 years, he has been working for the poor, weak and neglected children of the society by joining the trust.

He said that the work he did by going to slums regarding education and health was the result of the inspiration of Buddhist monk Jamyang.Special guest of the program Prof. Ajay Srivastava said that the organization started the school project in 2018 and today 346 children were studying here.

People are taking advantage of the health and laboratory facilities provided by Tong Len every year, he added.UK representative Ms Brigid Whoriskey proposed a vote of thanks.Secretary to Governor Rajesh Sharma, Deputy Commissioner, Kangra Dr. Nipun Jindal and other prominent people were also present on the occasion.