Greater thrust must be laid on effective use of modern technologies and social media for proper and wider dissemination of policies, programmes and initiatives of the State Government. This was stated by Chief Minister Jai Ram Thakur while presiding over the meeting of Information 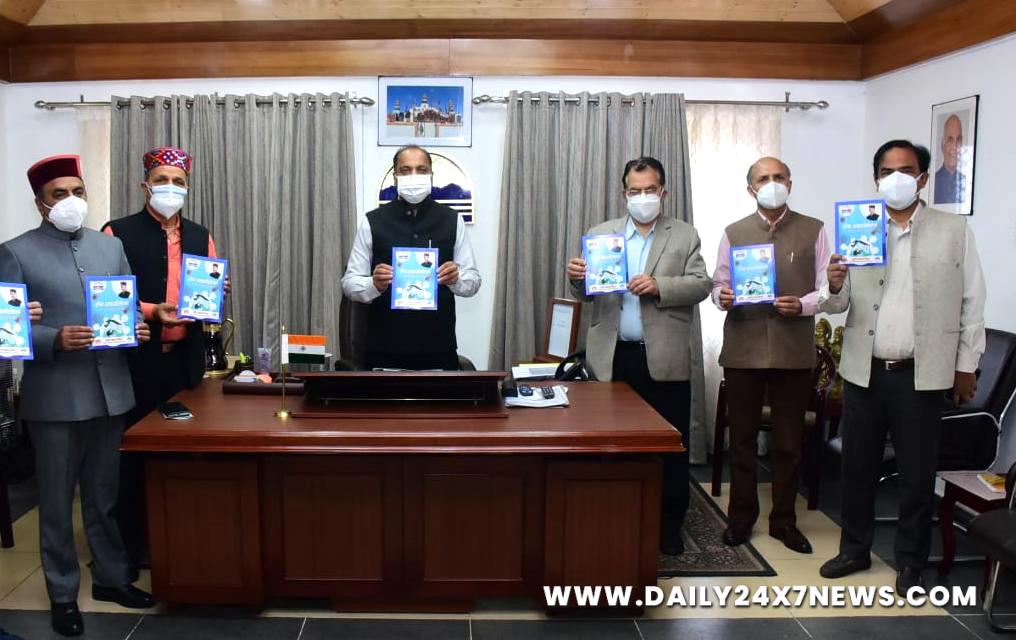 Shimla : Greater thrust must be laid on effective use of modern technologies and social media for proper and wider dissemination of policies, programmes and initiatives of the State Government. This was stated by Chief Minister Jai Ram Thakur while presiding over the meeting of Information and Public Relations department through video conferencing, here today.Jai Ram Thakur said that the officers of the department must think out of the box and reach out to the media with positive, success and developmental stories. He said that they must maintain personal liaison and rapport with the media persons. He said that the department must plan stories separately for print and electronic media so that they could get adequate space.Chief Minister said that the Covid-19 crisis has drastically changed media scenario thus the PR professionals must adopt themselves in accordance with the demand of the media. He said that special emphasis must be laid on immediately issuing contradictions and rebuttals regarding any news appearing in the media which seemed to be devoid of facts. The concerned District Public Relations Officers must also bring to the notice such negative news in their districts to the concerned Ministers of the district besides bringing it to the notice at the Directorate level.
Jai Ram Thakur said that efforts must be made to rope in noted writers and eminent professionals to draft developmental write ups which could be used in print media. He said that similar concept should be adopted for producing developmental stories for electronic media so that these could be highlighted in the right perspective. He said that better mechanism must also be evolved for redressing the queries from the media particularly during the pandemic.He said that proper mechanism must also be evolved for better coordination between the state headquarters, zonal, district and sub divisional levels so that collective media strategy could be chalked out by reviewing various news appearing from different quarters in different media. He said that the Zonal officers must also maintain proper liaison with Editors and senior journalists of media houses.Jai Ram Thakur said that the PR professionals must also ensure that they get adequate positive stories from various departments so that the same could be developed and weaved for both social and print media. He said that effective use of local FM channels, Community Radio or any other media platform must also be ensured for proper dissemination of positive news.
He said that during this Covid pandemic, the role of PR professionals has increased manifold as they have to build positive image of the government and government institutions to instil faith in the minds of the masses.Chief Minister said that with the changing media scenario it was vital that the PR professionals upgrade their skills to meet out the emerging challenges. The department must also act as a bridge between the State Government and masses for which effective feedback mechanism must be evolved so that the government could get feedback about its policies and programmes.Jai Ram Thakur also released a booklet ‘Home Isolation’ brought out by Information and Public Relations department. The book has complete details regarding do’s and don’ts for persons who are under home isolation.Director Information and Public Relations welcomed the Chief Minister and made a detailed presentation regarding initiatives taken by the department for effective implementation of the policies and programmes of the State Government.The officers of the department also detailed the initiatives being taken by them for better dissemination of government policies and programmes.Urban Development Minister Suresh Bhardwaj, Information Technology Minister Dr. Ram Lal Markanda, Health Minister Dr. Rajeev Saizal, Political Advisor to CM Trilok Jamwal, Additional Chief Secretary, Information and Public Relations J.C. Sharma, Health Secretary Amitabh Awasthi and other senior officers attended the meeting.