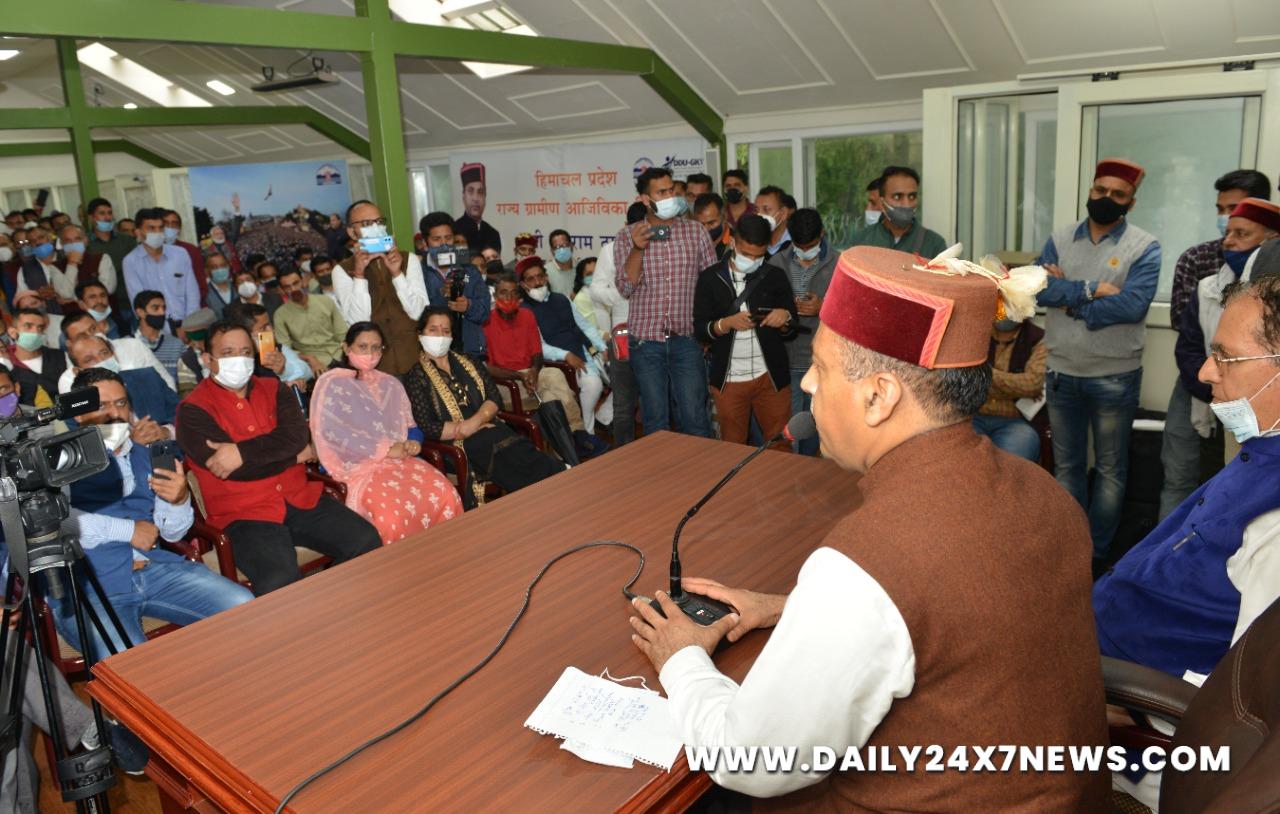 Shimla : A delegation of Jubbal-Kotkhai area led by Urban Development Minister Suresh Bhardwaj and Incharge of State BJP IT Cell Chetan Bragta called on the Chief Minister Jai Ram Thakur here today and thanked him for opening various offices for the area during his one day tour to the area.Speaking on the occasion, Chief Minister said that two Sub Divisional Offices (Civil) have been opened at Jubbal and Kotkhai to facilitate the people. He said that it was history in itself when two Sub Divisional Offices had been opened in a single Assembly Constituency in one day. He said that this would not only save the time and money of the people in getting their works done but also get their grievances redressed at the earliest.Jai Ram Thakur said that on the demand of the people of the Jubbal-Kotkhai area, Block Development Office at Kotkhai and Sub Tehsil at Kalbog were being opened so that the development and administrative works of the people of the area could be done at the earliest at their door steps. He said that Rs. 20 lakh each was being provided to nine new panchayats in the Rohru and Jubbal-Kotkhai Vidhan Sabha area for construction of panchayat bhawans. He said that fire sub-station was also being set up at Tikkar.

Jai Ram Thakur said that State Government had always been considerate to the demands of the people of Jubbal and Kotkhai and have been fulfilling their demands on priority. While paying tributes to former Minister late Narender Bragta, Chief Minister said that Narender Bragta was always concerned about the welfare of people of Jubbal-Kotkhai area and with the opening of two SDM offices, BDO and other offices in the constituency has fulfilled his dreams.Chief Minister urged the people of the Jubbal-Kotkhai Assembly Constituency to give their wholehearted support to the BJP candidate in by-elections so that pace of development could be accelerated in the segment. Urban Development Minister Suresh Bhardwaj thanked the Chief Minister for acceding to the demands of the people of the area.Incharge of State BJP IT Cell Chetan Bragta thanked the Chief Minister for opening two SDM offices at Jubbal and Kotkhai, BDO office at Kotkhai, Sub Tehsil at Kalbog and fire sub-station at Tikkar besides other offices in the area. Chairman APMC Naresh Sharma, BJP Jubbal–Kotkhai Mandal President Gopal Jabaik and other office bearers of the Mandal, Pradhans, Up Pradhans and other prominent persons were also present on the occasion.