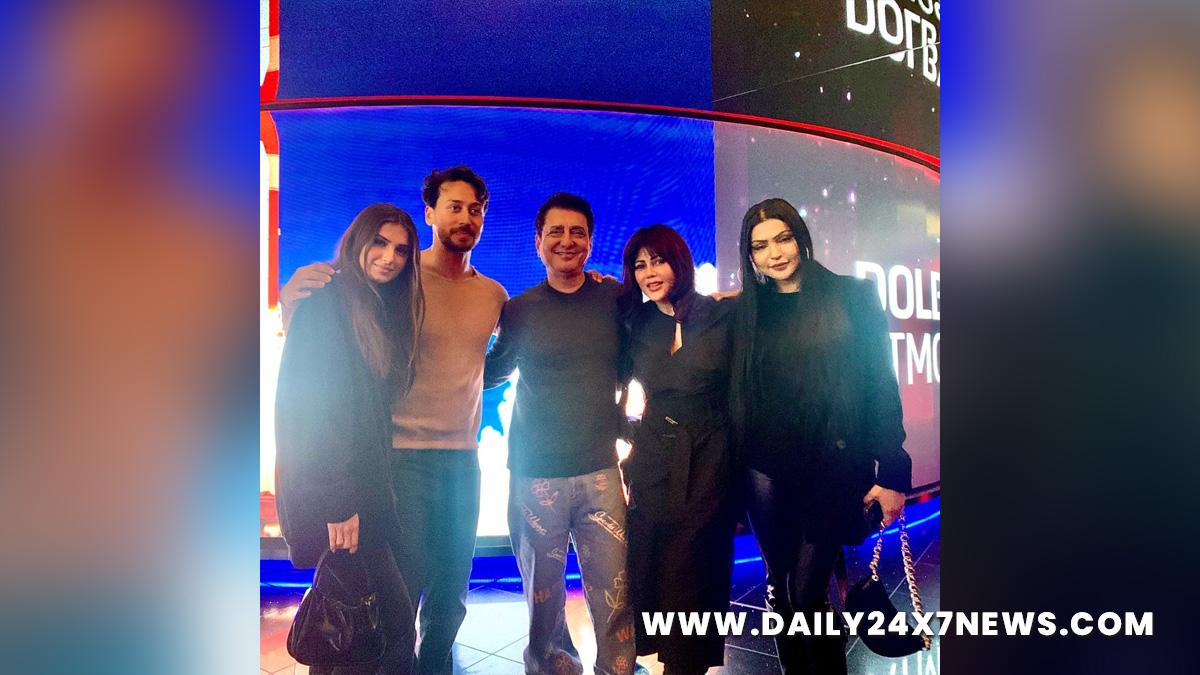 Mumbai : Producer Sajid Nadiadwala booked an entire theatre in London to treat the cast and crew of ‘Heropanti 2’ starring Tiger Shroff to a screening of Daniel Craig’s ‘No Time To Die’.In September, the ‘Heropanti 2’ team commenced shooting for the action thriller in London with Tiger, Tara Sutaria and the other star cast. After a marathon schedule of almost a month, the team called it a wrap for the London schedule of the film.

And as a mark of celebration, the producer booked an entire theatre for James Bond’s 25th film ‘No Time To Die’, in the UK.’Heropanti 2′ is directed by Ahmed Khan and is gearing up for an Eid 2022 release in cinemas. It also features Nawazuddin Siddiqui as the antagonist.The music is composed by AR Rahman with Mehboob as lyricist.