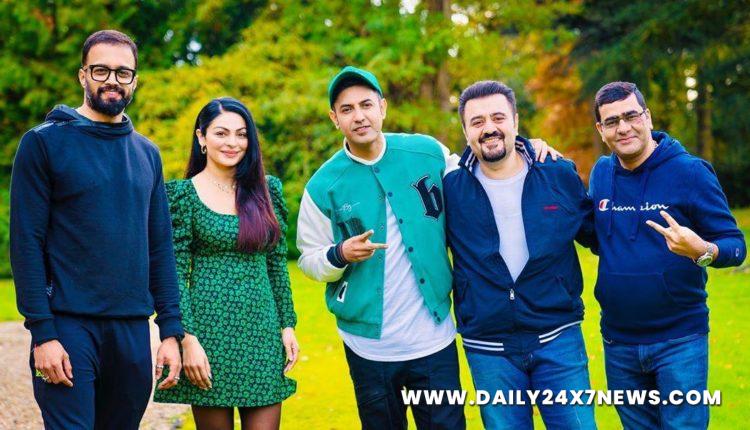 Chandigarh : After two decades, Gippy Grewal and Neeru Bajwa are all set to entertain their fans with two back to back films. After completing the shoot of their one film ‘Paani Ch Madhaani‘, they have already started the shoot of ‘Phatte Dinde Chakk Punjabi’. The shoot of the film starts in the UK.Recently, the makers of the film announced the film. The film will be directed by Maneesh Bhatt. Jagdeep Warring has written the story, screenplay and dialogues for the film. Gippy Grewal from Humble Motion Pictures and Ashu Munish Sahni from Omjee Star Studios and Aniket Kawade will produce the film. Vinod Aswal and Bhana L.A will be the co-producers. Hardeep Dullat will be the Project Head. Apart from the leading pair, Bollywood actor Annu Kapoor and Pakistani actor Ahmed Ali Butt are all set to essay pivotal roles. Sharing his excitement regarding this new project, Gippy Grewal said, “Even after being in the industry for almost two decades, every new project and commencement of new project still excites like my first day in front of the camera and Phatte Dinde Chakk Punjabi is no different. I just hope everything falls in place and we will be able to entertain the audience as always.”‘Phatte Dinde Chakk Punjabi’ will hit the theatres in 2021.

10 thousand stray cattle to be provided with shelter by March 2021: Virender Kanwar

130 khap panchayats of Haryana to join stir from Tuesday