Good Old Days of ‘VCR’ are back with Paani Ch Madhaani’ 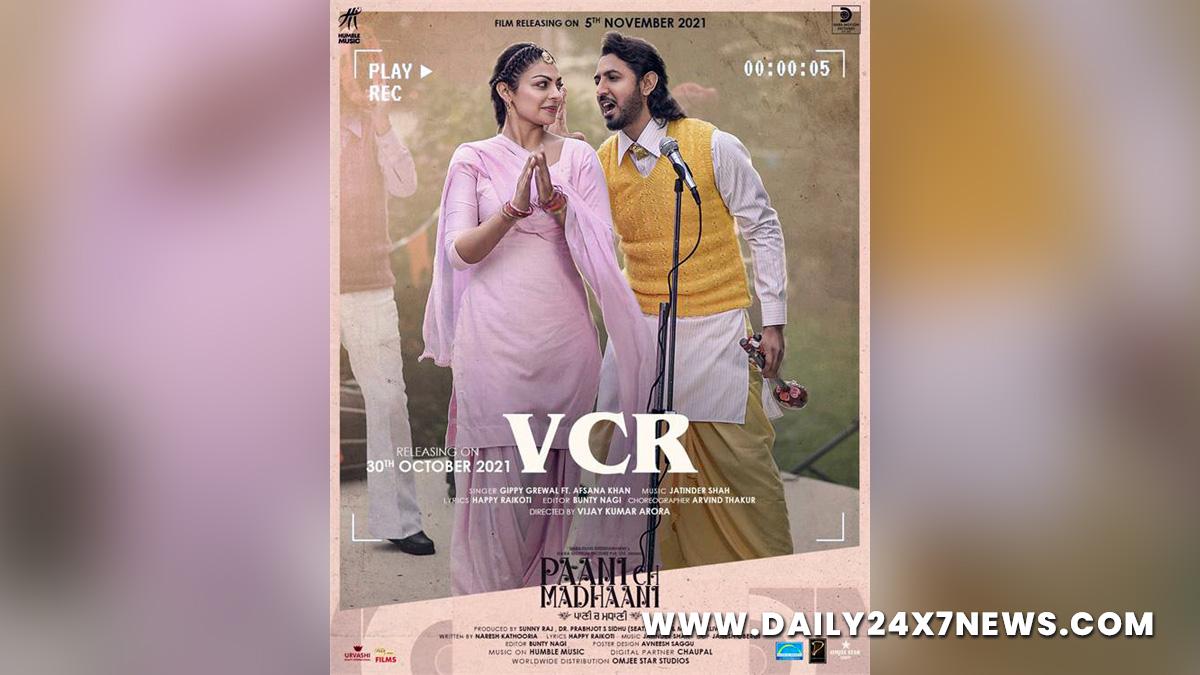 Chandigarh : ‘Paani Ch Madhaani’ has already delighted the audience with its two extremely magnetic songs ‘Jean’ and ‘Pind-Pind’, yet again this morning, the movie brings another reason to blithe us with their soundtrack ‘VCR’.The next song titled, ‘VCR’ shows a healthy and sweet relationship between husband and wife requesting to buy her a VCR to watch a movie. The song is vocalised by Gippy Grewal and Afsaana Khan. As the songs are being released time and again, it builds more love and curiosity at the same time among the audience to finally watch the movie.
The lyrics of the song have been written by Happy Raikoti, and the music has been composed by Jatinder Shah. The video is a mixture of true flavours of a man and wife. The retro style of the film and the music has raised the graph of the song with rhythmic patterns of the 1980s. Just as the film this song is also released under the label Humble Music . Commenting on the song, Gippy says,” In the initial days of my career, I have faced similar situations when my income was minimal.”