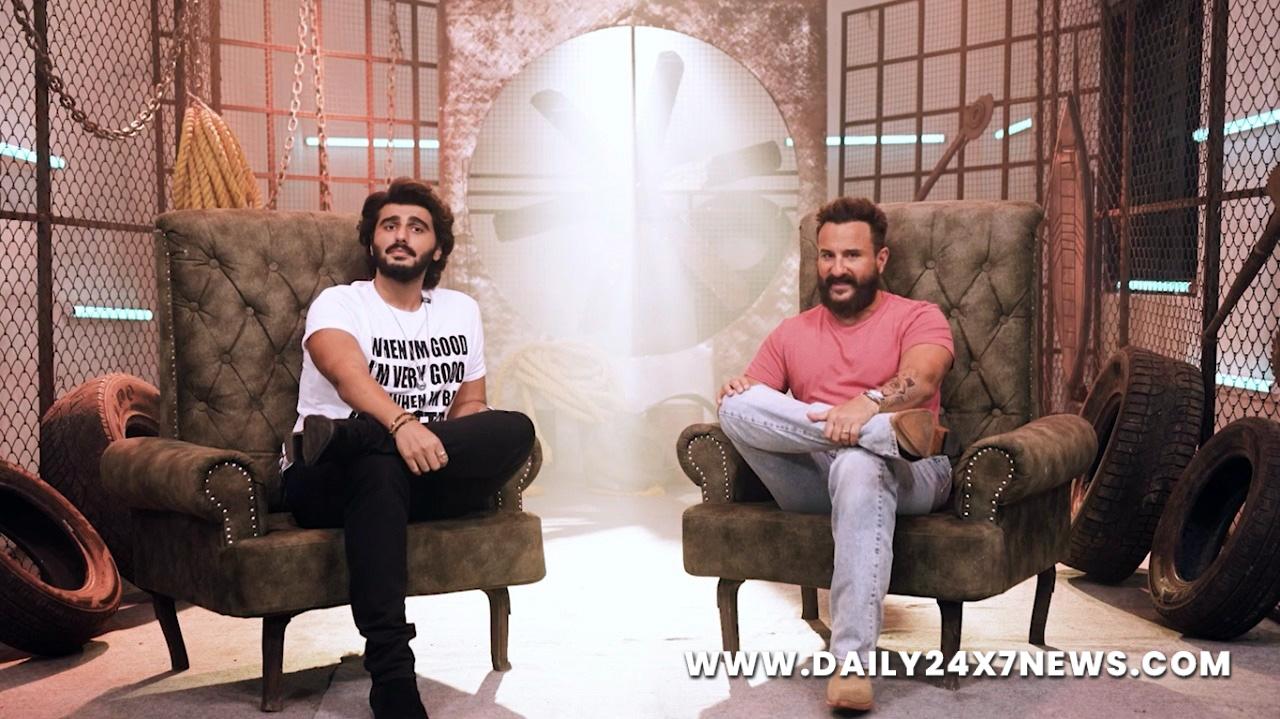 Mumbai : Bollywood buffs like most of us are always on the lookout for some insights into the likes and dislikes of their favourite stars, and ‘Teri Meri Baatein’ will give some of those entertaining sneak peeks. The show will see the guests play the hosts too and give some latest gossip of B-Town celebrities.’Teri Meri Baatein’ is all set to start with Saif Ali Khan and Arjun Kapoor. They will get together for a candid chat with each other, spilling some exciting beans.While getting spontaneous with each other, Saif and Arjun reveal their hobbies, worst fears along with some memorable moments from the shoot of their recent movie ‘Bhoot Police’. Arjun talks about making his hobby and passion of acting as his profession. Being a movie buff since childhood, he has always been drawn towards them and now is fortunate enough to be working in the industry.

On the other hand, Saif goes on to reveal his knack for art, and how he collects art pieces from his movie sets. On being asked about his fears, Saif candidly admits that he is afraid of late nights in a dense forest. Relatable much, isn’t it!?Furthermore, Arjun and Saif discuss ‘Bhoot Police’ and how their characters of ‘Vibhooti’ and ‘Chiraunji’ from the film are connected. While ‘Chiraunji’ is a firm believer in the supernatural forces and ‘Vibhooti’ is more of a skeptic, in reality they believed more in each other’s roles rather than their own.Coupled with some anecdotal, personal and fun conversations between the celebrities, ‘Teri Meri Baatein’ will have some segments. ‘Best of Five’ will have guests ask 5 questions to each other and the one with the most amazing answers wins a gift hamper.’Pic Story’ will reveal fascinating incidents and moments behind the pictures. While ‘Khel Khel Mein’ will turn the game mode on, ‘True or False’, ‘Andar ki Baat’ and ‘Video Game’ will further unfold secrets and add on to the entertainment quotient for the fans.’Teri Meri Baatein’ premieres on September 17 on MTV Beats.

The story of ‘Shimmy’ touched me deeply : Pratik Gandhi