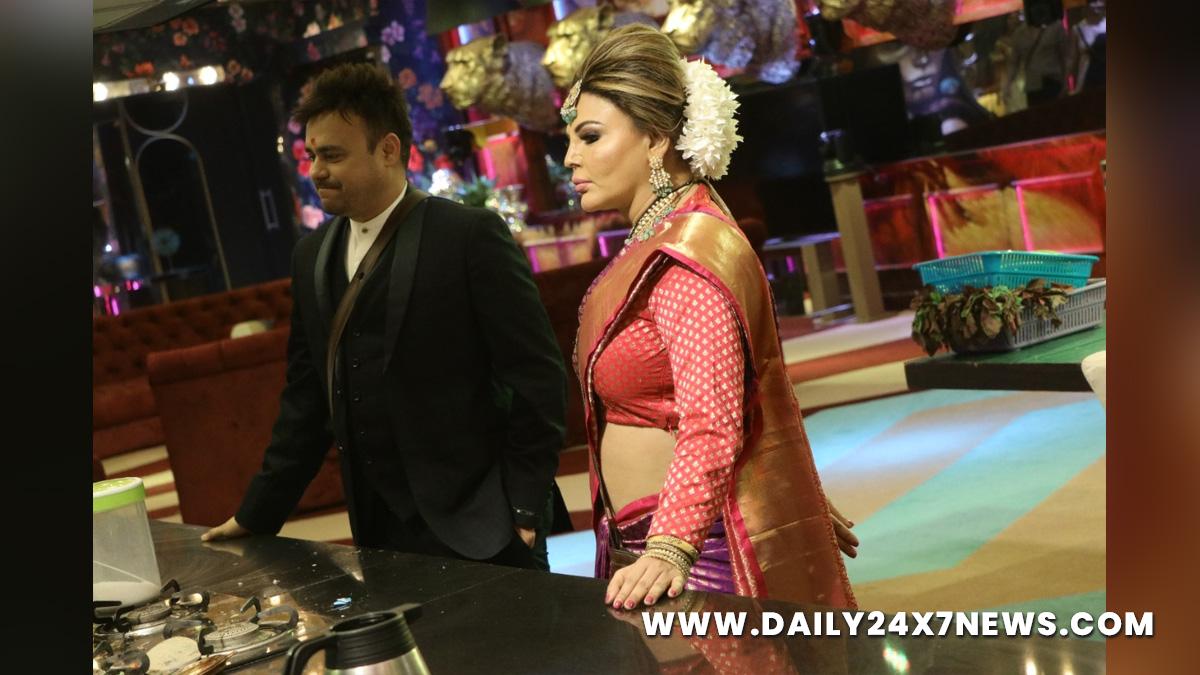 Mumbai : The previous ‘Bigg Boss 15’ episode already saw entries of wild card contestants.Rakhi Sawant was seen dancing on the track ‘Mera Piya Ghar Aaya’ to welcome her husband Ritesh.He entered wearing a ‘sehra’ and for the first time on the show he made his public appearance. Rakhi touched his feet and with ‘aarti’ performed the rituals of wives. He kisses and hugs Rakhi. As she already said that people this time will see her as a wife and not just a contestant.On the other hand, Rashami Desai made an announcement that: “I brought Rs 50 lakh with me to make this game serious”. Devoleena Bhattacharjee also made her entry and she will be seen targeting Shamita Shetty inside the house.Later, on the dining table Ritesh told everyone how they met and started having conversations over phone and through messages.

Contestants were also seen teasing them about their ‘suhaag raat’.Now, the upcoming episode of ‘Weekend Ka Vaar’ will see Salman Khan taking the class of housemates. He says that to make the show successful he has to bring old contestants.He also raised questions on the relationship of Tejasswi Prakash and Karan Kundrra saying people are getting bored of their on screen bonding.Moreover there will be some added fun with the entry of special guests that includes ‘Tadap’ movie cast including Ahan Shetty, Tara Sutaria. Along with them Suniel Shetty, Ravi Kishan, Ravi Dubey and also the cast of daily show ‘Sirf Tum’ – Vivian Dsena and Eisha Singh will also be seen.Bollywood actress Neha Dhupia may also appear as a celebrity guest but it is not confirmed yet.